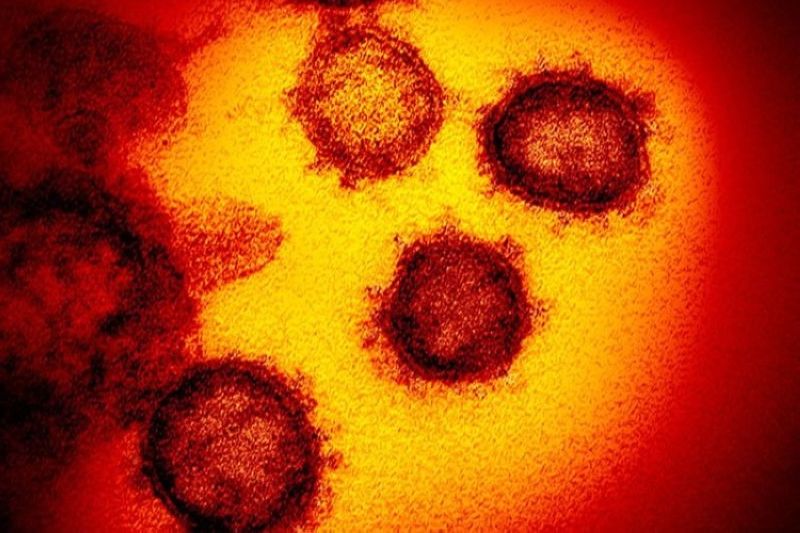 THE Philippines now has 49 cases of the coronavirus disease 2019 (Covid-19) with two of them confirmed to be outside Metro Manila in Luzon, health authorities announced Wednesday, March 11.

This means the disease has reached the Visayas and Mindanao.

The patients are among the 16 additional confirmed Covid-19 cases reported early Wednesday, bringing the total to 49.

Past 10 p.m. Wednesday, the Department of Health (DOH) posted on its Facebook page confirmation of the death of patient 35, a 67-yearold Filipina confined at Manila Doctors Hospital.

For the Mindanao case, the 54-year-old Filipino was confined in an isolation room at the Northern Mindanao Medical Center (NMMC) in Cagayan de Oro.

According to Dr. Ian Gonzales, the DOH-Northern Mindanao Infectious Diseases Cluster head, the man was initially treated in Iligan City and was referred to NMMC.

“The travel and contact history of the man is still being validated,” he said.

Meanwhile, for the Visayas case, the 65-year-old Filipino was confirmed positive for Covid-19 by health authorities during a press conference organized by the Negros Oriental Provincial Government on Wednesday night.

Estacion said the patient was initially admitted at the Ace Dumaguete Doctors Hospitals (ADDH) in Barangay Daro, Dumaguete City last March 7. He was later transferred to the Silliman University Medical Center and is currently in isolation.

Health personnel took throat and nose swabs from the patient while the latter was still admitted at the ADDH.

The patient experienced severe pneumonia and was placed on a ventilator. The Negros Oriental health personnel were deployed to locate the persons who possibly had contact with the patient, including the patient’s fellow passengers in the Philippine Airlines’ Manila-Dumaguete flight.

Estacion also urged passengers who may have been with the patient to show themselves to health authorities for examination if they manifest flu-like symptoms.

Dr. Socrates Villamor, head of the DOH Dumaguete office, said while he does not consider the patient a case of “local transmission,” he assured that they are prepared in the case of a local transmission.

Patient 29, a known contact of patient 9, was intubated. The patient has underlying cardiovascular and endocrine conditions.

“The DOH is continuously monitoring the statuses of all patients to ensure that no complications arise throughout their recovery,” Vergeire said.

Patients 25 (31 years old) and 26 (34 years old) were among the Filipinos repatriated from the mv Diamond Princess cruise ship in Japan last February. They were referred to a hospital for admission and isolation.

Vergeire said disinfection procedures for the rooms used by the two patients at the New Clark City quarantine facility had been implemented.

She added that close contacts of these two confirmed cases shall undergo an additional 14-day home quarantine and will be continuously monitored by the respective municipal and city health offices.

Vergeire also said the DOH and the Overseas Workers Welfare Administration already sent off 442 out of 445 repatriates from Japan who were quarantined at the New Clark City in Capas, Tarlac.

Those sent off were composed of 437 crew and five passengers, who were among the Filipinos aboard mv Diamond Princess.

As the Covid-19 outbreak could lead some businesspersons to jack up the prices of basic goods, the Department of Trade and Industry (DTI) declared a price freeze on all basic necessities for 60 days Tuesday, March 10. The decision was made after President Rodrigo Duterte issued Proclamation 922, which declared a state of public health emergency throughout the country.

“According to the Price Act or RA 7581, the price freeze is implemented during a declaration of a state of emergency. It will take effect for 60 days for basic goods and 15 days for household liquid petroleum gas (LPG) and kerosene,” the DTI said in a statement.

The DTI Cebu started its field monitoring of basic commodities Wednesday, March 11. Penalties for violating the price freeze include fines ranging from P5,000 to P1 million, and/or imprisonment of one year up to 10 years.

The primary goods listed in the price freeze include rice, corn, cooking oil, fresh, dried and other marine products, fresh eggs, fresh pork, beef, vegetables, root crops, sugar and fresh fruits. The prices of these products will also be monitored by the Department of Agriculture.

Other products included in the price freeze are canned fish and other marine products, processed milk, coffee, laundry soap, detergent, candles, bread, salt, potable water in bottles and containers and locally manufactured instant noodles. The DTI handles the monitoring of these goods.

Drugs classified as essential by the Department of Health are also included in the price freeze.