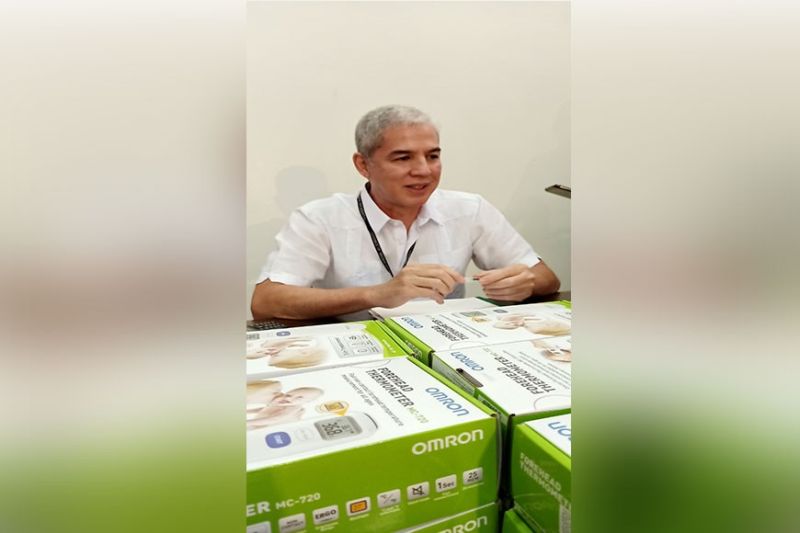 “DON’T panic and use your common sense. Avoid traveling outside the province if not necessary.”

This was the advice of Governor Eugenio Jose Lacson amid the scare of coronavirus disease (Covid-19) especially after the confirmation of a case in Negros Oriental.

“As of this time I would want to confirm that in Negros Occidental we have no case of Covid-19.Recently we have picked up a patient in Victorias City but we were relieved after it turned negative of Covid-19,” Lacson said.

He added the provincial government will start distributing forehead thermometers in different seaports and airport in the province after capitol received yesterday the initial delivery of 80 units from the 170 units ordered from a supplier.

Aside from forehead thermometer, personal protective equipment will also be distributed, Lacson said.

The governor also revealed that there are seven available isolation rooms at Teresita Jalandoni Memorial Hospital in Silay City that includes two rooms that could be shared by two patients each room; three isolation rooms in Cadiz City and three rooms in Kabankalan City, Negros Occidental for possible Covid-19 Persons Under Investigation.

Lacson said there is no need to declare State of Health Emergency in the province because of the declaration that has been made by President Rodrigo Duterte following the increase of the local spread of the virus the past few days.

He said so far, the P30 million allocated budget of the province for Covid-19 is still enough for the precautionary and preventive measures which is being undertaken by the province.

Lacson revealed Thursday that they have not yet come up with the decision if the Panaad Festival will be pushed through or not.

He revealed that he will meet with the members of the Association of Chief Executives (ACE-Negros) on Tuesday.

“They invited me to talk about Covid-19 so I will then ask for the consensus on Panaad Festival,” Lacson said.

Though he admitted that he already got some feedbacks from some mayors who are pushing for the cancellation after they have also decided to cancel the festival in their respective localities.

On suspension of classes

Lacson said he backs the joint resolution of the Committees on Education and Health urging the Department of Education for the early end of the this school year.

If it is already clear that certain students pass there could be no more problem however the teachers could be in dilemma on some students who are at the borderline where the examination results can determine if they could pass or not.

“I leave it to DepEd to decide on this matter especially on the graduation,” Lacson said.

He said however that for Day Care classes it would be better to do away with graduation rites that could also save parents from additional expense.(TDE)