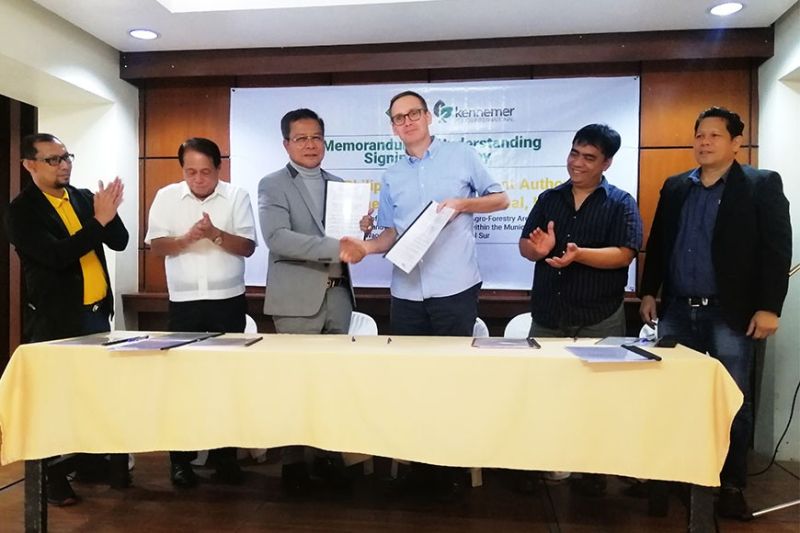 THE Southern Philippines Development Authority (SPDA), a government-owned and controlled corporation (GOCC), targets to convert its 25,000-hectare land into a Mindanao Special Economic Zone Area (Minseza) after allowing a Davao-based multinational company a portion of its property for suitable crop production.

SPDA, on Wednesday, March 12, inked a partnership with Kennemer Foods International Inc., a Davao-based multinational company for an agricultural development project in different parts of Mindanao.

SPDA administrator and chief executive officer Abdulghani Salapudin said the leasing partnership is one of their initial step in converting the land into a Minseza.

The partnership was formally signed through a memorandum of understanding, allowing Kennnemer to lease at least SPDA’s 1,000 hectares in the municipalities of Wao and Bumbaran in Lanao del Sur for multi-crop production, and agro-forestation.

Salapudin said among the agri-developmental projects the company is pushing is the production of green-technology fuels, by utilizing grasses to fuel power plants without the use of oil.

“We feel, with the bigger area like Mindanao, there should be another economic zone and free port,” he said.

Currently, he said Mindanao has only the Zamboanga City Special Economic Zone Authority and Freeport.

Salapudin said SPDA already submitted a proposal to have another economic zone and freeport in the island to the Mindanao Development Authority (Minda).

“(This is) for us to invite more locators to really fully developed the area,” he said.

Meanwhile, he said the partnership will be beneficial for both parties.

“The impact is going to be very positive for it will contribute to the development of the SPDA area that has long been not fully developed,” Salapudin said.

He added both parties would pursue a more detailed cooperation through specific agreements to be signed by parties concerned.

“But we intend to come up with an agreement as soon as possible because we would like to start the project within the year,” he said.