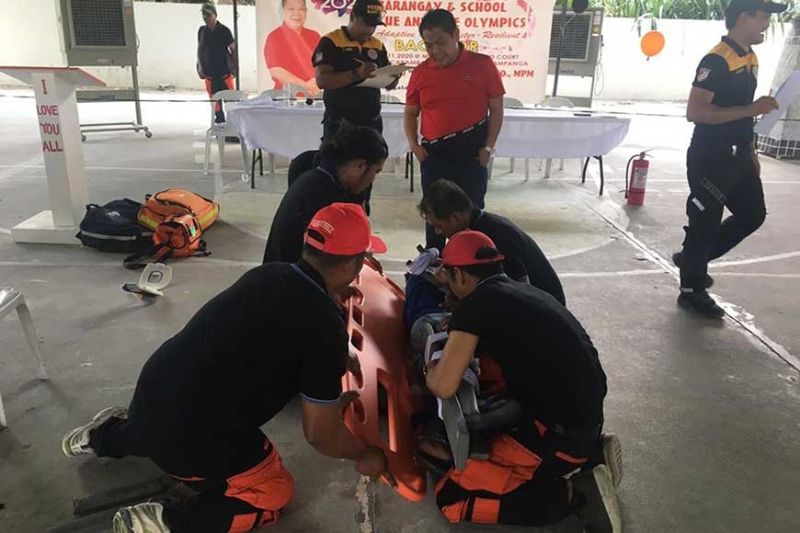 The training, which was held at the town's covered court, was attended by barangay officials and representatives from schools in the whole town.

Mayor Diman Datu said the training aims to capacitate barangays to be able to become first responders in case of disasters.

"In case of a big disaster, there is a need for first responders and barangays should not just wait around for help," Datu told SunStar Pampanga.

He said schools were also given training so that this would enable them to respond to needs in their respective school communities.

Bacolor MDRRM officer Rio Villafania said they are also encouraging large schools and institutions to have their own response teams.

He added that the state university, with its tall buildings, is a concern in terms of disaster response.

Villafania said the town is giving refresher trainings each year to better capacitate the response skills of first responders in the barangays and schools of the town.