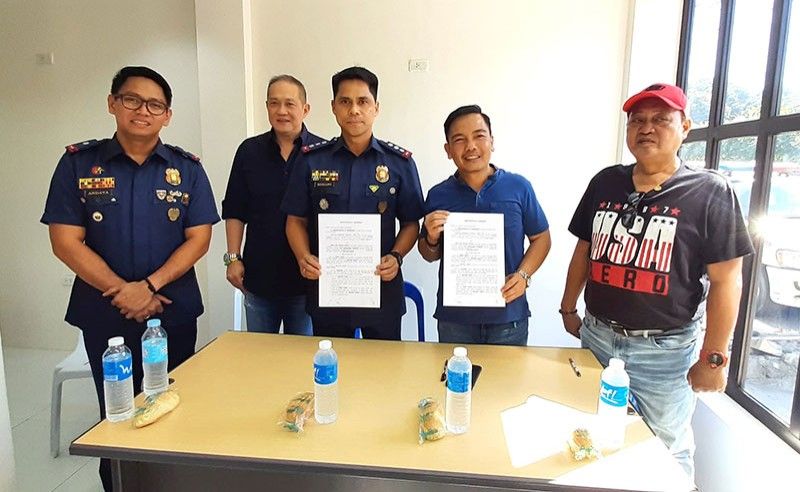 Village officials of Banilad and CCPO Officer-in-Charge Col. Engelbert Soriano signed a memorandum of agreement (MOA) allowing the police to use the old barangay hall.

Since the building had been idle, village chief Dennes Tabar said they decided to let it be used as a police detachment given their growing population.

Tabar said the development will not only benefit his constituents, but residents of neighboring barangays Apas and Kasambagan as well.

“Our purpose is really to help the PNP (Philippine National Police). It’s a joint project of Apas, Kasambagan and Banilad, but we’ve agreed to place the police detachment here since we already have the area. The police visibility will have a huge impact on the three barangays,” he added in a mix of Cebuano and English.

Under the MOA, while the building remains idle, it will be occupied by the CCPO as a detachment.

The barangay and the police will both pay for the electricity bills incurred.

The CCPO, though, will have free access to water.

In a separate interview, Soriano expressed his gratitude to Banilad for prioritizing the MPG unit.

But aside from the MPG, Soriano said other CCPO units such as the City Mobile Force Company may also use the building.

Residents of Banilad, Apas and Kasambagan may also file their blotter reports at the police detachment office if they find going to the Mabolo Police Station inconvenient.

“It will depend on our arrangement because we also don’t want to inconvenience those who want to file a blotter report. We will find a way on how to go about it,” Soriano said in Tagalog.

Association of Barangay Councils Cebu City chapter president and Kasambagan Barangay Captain Franklyn Ong said they will extend fixtures that the CCPO may need, among others.

He added that it is important for the barangays to help the police in whatever way they can in order to ensure safety and peace and order. / AYB, RTF