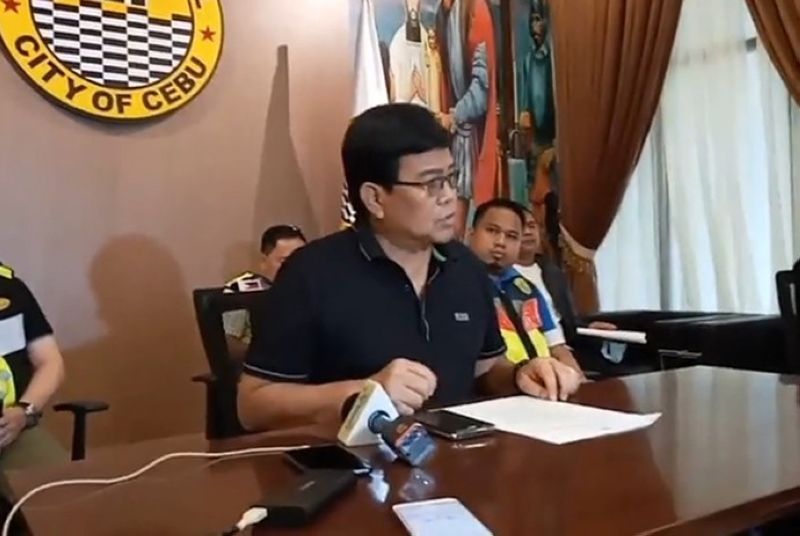 “Cebu City residents are strongly advised to stay in their homes and maybe only come out for work, to buy food, medicines and necessary supplies and to go to medical areas and other public areas if they do not have any important transactions, business or otherwise,” reads a portion of Labella’s EO.

EO 052 states: “All malls, recreational centers, community centers and such other commercial areas are directed to limit their daily operational hours to 8:00 in the evening except medical centers and pharmacies and other health care establishments.”

The Ayala Malls Cinemas announced on Facebook that all its theaters nationwide were closed effective Sunday, March 15, until further notice:

“More than movie experience, your safety is our top priority,” Ayala Malls said on its post.

Labella also extended the suspension of classes to April 14. In his earlier order, he suspended classes from March 16 to March 28.

Authorities will implement “health checkpoints” that will be manned by personnel of the Cebu City Police Office. They will be assisted by members of the Armed Forces of the Philippines-Central Command. Checkpoints will be set up at entrances of the bus terminals in the cities of Cebu and Mandaue.

Labella, speaking to reporters at a news conference held at City Hall, clarified that Cebu City is not under lockdown.

Residents and workers from other local government units in Cebu Province can still enter the city, including those who have jobs here. However, the mayor said they must bring their identification cards and present these at “health checkpoints.”

“Seaports within the jurisdiction of the City Government are hereby declared closed to passenger arrivals except for cargo deliveries of essential goods. However, those who are in transit upon the effectivity of this EO will be allowed to dock but shall be subjected to quarantine protocols as prescribed by the DOH (Department of Health),” reads the EO 052.

Public transportation will continue but operators must implement the Department of Transportation’s guidelines on social distancing.

The EO 052 further states that “government work shall not be disrupted. However, government agencies operating within Cebu City are encouraged to provide alternative work arrangements pursuant to Civil Service Commission guidelines.”

On Sunday, a patient under investigation (PUI) in Cebu City died of severe pneumonia and acute respiratory disease.

The patient was confined in a hospital due to tuberculous meningitis between Feb. 4 and Feb. 23. The patient was admitted again on March 10 due to high fever.

According to City Health Officer Daisy Villa, swabs were taken from the patient and were sent to the Research Institute for Tropical Medicine. They are still waiting for results to confirm whether the patient had Covid-19.

He had a travel history from the US and Korea.

He was an employee at the House of Representatives who was found positive for Covid-19 despite having no history of travel and no history of exposure 14 days prior to the onset of symptoms.

PH39, a 64-year-old Filipino male in Negros Oriental, died at 11:09 a.m. Sunday. He had chronic renal disease and underwent a kidney transplant in 2010.

He had gone to Metro Manila for a Philippine Councilors’ League event and visited Greenhills Mall before going home to Negros.