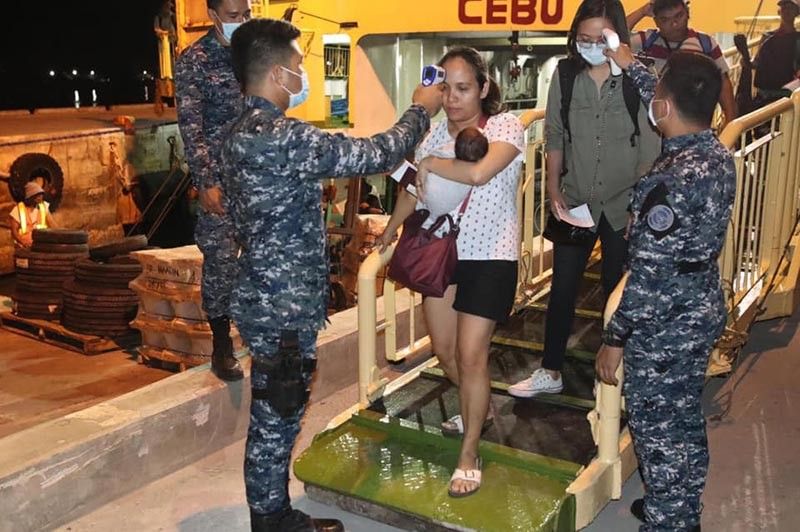 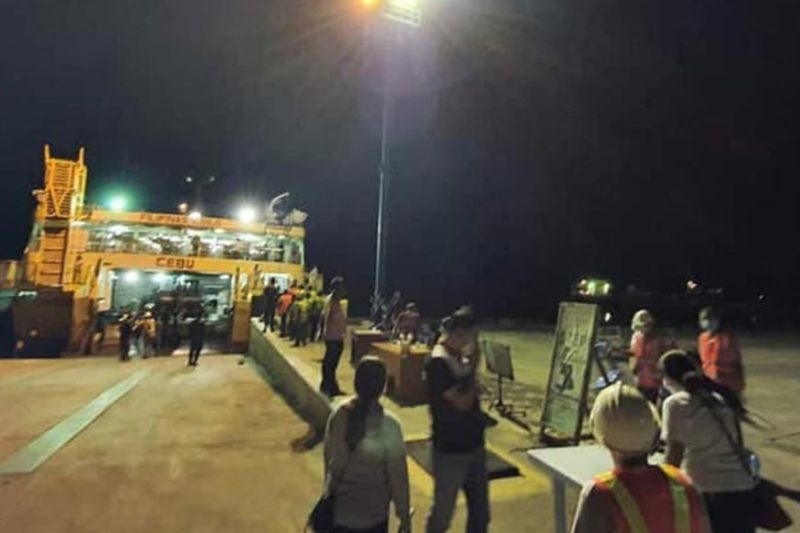 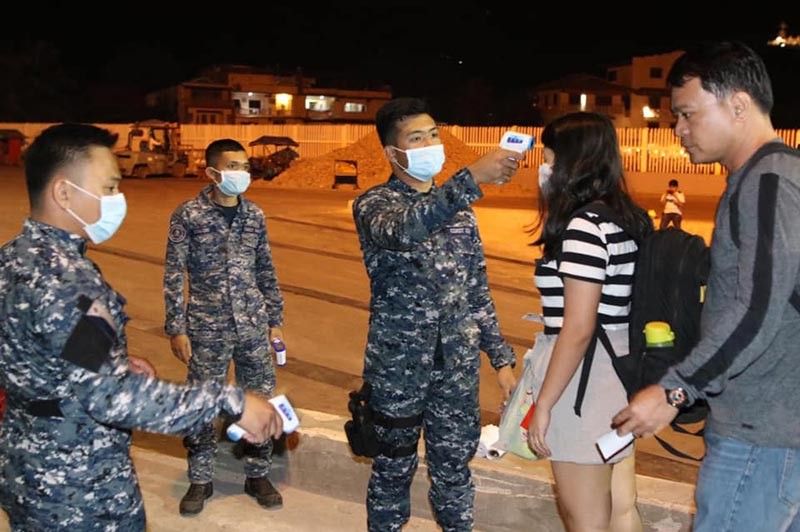 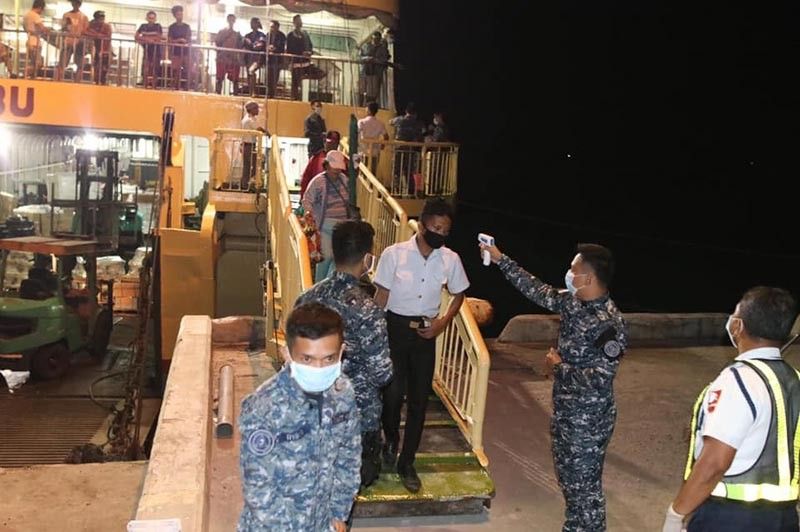 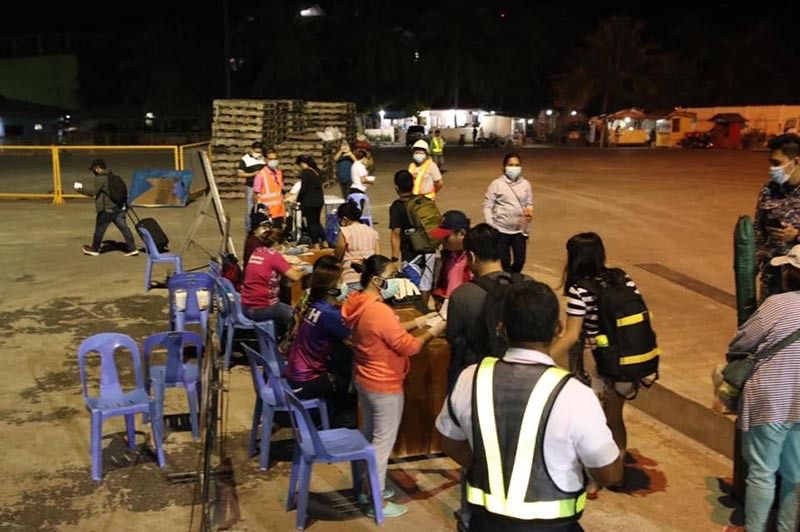 WHILE Eastern Visayas remains free from coronavirus disease (Covid-19), several local government units (LGUs) have started to tighten their border security to counter the spread of the deadly virus that has so far infected 140 people.

In Ormoc City, a two-minute siren was heard at 6 p.m. Sunday, March 15, signaling the start of the border control ordered by the City Government.

The City Council also held a special session to pass an ordinance mandating the strict implementation of curfew hours from 10 p.m. to 5 a.m. for all ages in the duration of the public health emergency due to Covid-19, according to Councilor Lalaine Marcos.

“He will still allow boats leaving Cebu to Ormoc today (March 15) to dock and discharge the passengers like Roble, which will leave Cebu by 10 p.m. But no passengers will be allowed to leave the ship until 5 a.m. when the curfew is lifted. All passengers will also fill up the passenger monitoring sheet,” said Marcos.

But the ban will be implemented for two weeks starting March 16. It is subject to review anytime.

Only boats bearing supplies and cargoes will be allowed starting March 16.

“Ormoc will not be allowing ambulances with patients experiencing respiratory distress to come in. Only those with emergency surgical cases. Sick people from other towns are advised to seek consultation from their local doctors and hospitals,” added Marcos, quoting Dr. Edmund Kierulf, city health doctor.

In Tacloban, the City Government automatically considered all persons coming from Metro Manila and entering the city as persons under monitoring (PUMs), as a response to President Rodrigo Duterte’s Proclamation 922, declaring a state of public health emergency throughout the country.

These PUMs shall be required by the Tacloban City Government, through the City Health Office, to “register at their respective Barangay Health Emergency Response Team (Bhert) and comply with all the directives of the health authorities pertaining to quarantine procedures and other preventive measures.”

Aside from intensifying its curfew policy for minors from 10 p.m. to 5 a.m. the following day, the city also suspended classes in all levels from March 13 to 20 and implemented a four-day work scheme for City Hall employees.

Classes are also suspended in all levels from March 16 to March 31.

In his video message online, Tan said the entire Eastern Visayas “has no testing kits for Covid-19” to date.

“All persons under investigation (PUIs) are being tested through swab sampling and sent to Research Institute for Tropical Medicine (RITM) in Manila,” Tan said.

Tan also deferred the use of biometrics in all offices of the Provincial Government and implemented “one entrance, one exit policy” at the capitol building.

“All Provincial Government offices will not accept visitors except for those with urgent and important matters. Everyone is advised to call or email the office of your concern,” the governor said.

Also prohibited were the conduct of social gatherings, including cockfighting.

Borongan City also put up checkpoints at the "entrance and exit" for health monitoring purposes.

Transport operators are asked to have their passengers fill up "checklist form" at their respective origin terminals before they enter the city proper.

Health personnel were positioned in Lawaan, Taft and Arteche in Eastern Samar to check the commuters.

In Maasin City, the capital of Southern Leyte, city officials continued their anti-Covid-19 measures to ensure the safety and security of the residents.

On Sunday evening, Mayor Nacional Mercado, along with other local and health officials, monitored the checkpoint at the port area where 175 passengers have arrived from Cebu City.

The city also “strictly” implemented its ordinance 2003-017 on its curfew hours to both adults and minors.

Mercado appealed to the public to “cooperate and submit yourself to the persons of authority” who are manning their Covid-19 checkpoints in Barangay Panan-awan and Barangay Pasay in the city.

The mayor has yet to issue a suspension of classes for public schools in the city.

Southern Leyte Governor Damian Mercado also signed an executive order for the immediate cancellation of all the scheduled big activities and events throughout the province.

As of March 14, Southern Leyte province recorded zero PUI and six remaining PUMs, as the six other PUMs were already cleared from self-quarantine.

In Calbayog, Mayor Ronaldo Aquino signed Executive Order 35, "instituting guidelines and other measures to combat Covid-19 in the City of Calbayog."

Its highlights include the banning of large gatherings or events of more than 200 persons, closing of public swimming pools, and cancellation of graduation ceremonies, among others.

“The general public is advised to remain calm, sensible and vigilant. The Inter-Agency Task Force shall conduct periodic review of the aforementioned guidelines and measures and make the appropriate recommendations,” the mayor said.

In Naval, Biliran, Mayor Gerard Espina implemented border patrol and screening of people who are entering the town.

Disinfectant activities were also carried out in school areas.

Earlier, a resident in the town apologized to the public over a “fake” story on Covid-19.

In Northern Samar, some local government units distributed alcohol and other disinfectant solutions to the households.

Authorities also continued to monitor the passengers onboard motorized bancas who were not able to undergo the passenger manifest procedure and thermal scanning.

Meanwhile, Department of Education (DepEd)-Eastern Visayas Director Ramir Uytico said there is no need for teachers to report to the schools where classes were suspended.

"The remaining days are intended for examinations. After it, teachers can just stay at home to work and compute grades so that despite the suspension, teachers can release cards as scheduled. If they need to submit grades and coordinate with other teachers they may report to schools but DepEd Order 2, s. 2020 must be strictly followed," Uytico told SunStar Philippines.

The Civil Aviation Authority of the Philippines (Caap) in Tacloban also announced that all flights for Tacloban-Manila and vice versa are suspended starting 12:01 a.m. of March 15 until April 14.

Cancelled religious events were the Quincentennial Launching in Guiuan on March 16 and Homonhon on March 17 due to COVID-19 restrictions.

“On its stead, there will be an ‘on-air’ and invitation-only launching at the College Seminary on March 17,” the Diocese of Borongan announced.