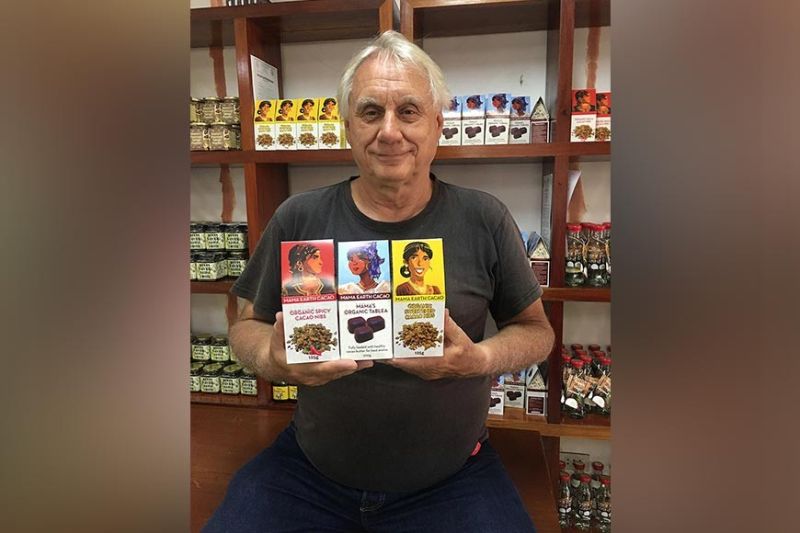 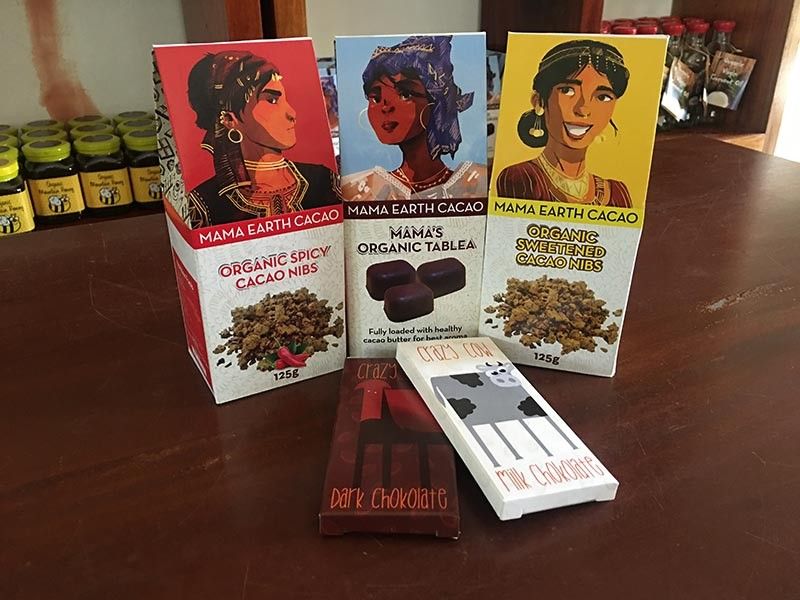 DAVAO. The main products of the Mama Earth Cacao which are the tableya, and cacao nibs. (Photo by Roberto A. Gumba Jr.) 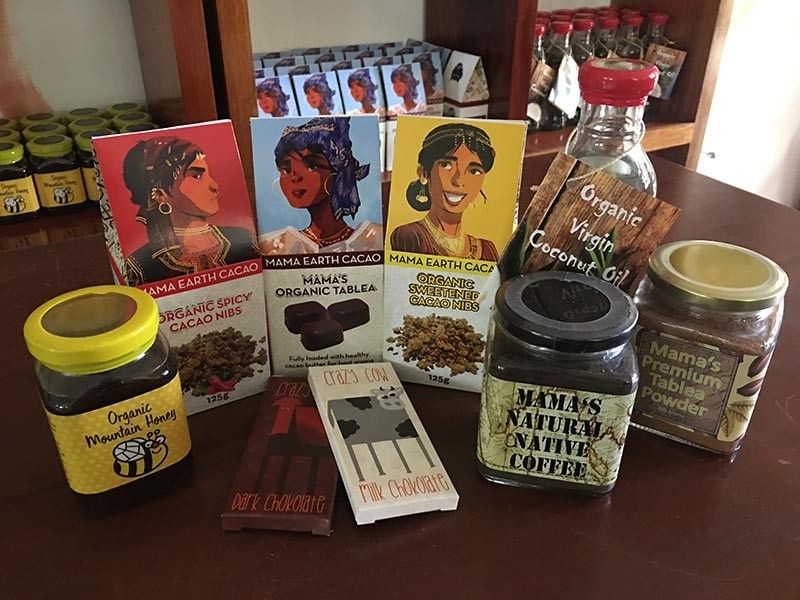 DAVAO. Mama Earth Cacao has also other products like wild honey, chocolate powder, chocolate bars, among others. (Photo by Roberto A. Gumba Jr.)

DURING the time that Typhoon Pablo flattened Davao de Oro province, German national Ulrich Kronberg was among the people who helped in the relief operations under a nongovernment organization. They also intended to plant mangroves along the coasts of Davao Gulf as part of the NGO’s program.

But seeing the loss of livelihood in the province, Kronberg felt the need to do more. He then established Mama Earth Foundation in 2014 and initiated a reforestation program with the farmers in the Monkayo town.

In the reforestation program, he asked farmers if he could rent only their available lands and plant Mahogany trees, thus not necessarily uprooting the existing crops of the farmers.

“We don't buy lots. We just only rent per tree. So meaning whatever number of trees we can plant in your existing area by intercropping, that's what we only pay. You keep still your fruit trees like bananas or coconuts. You get the gain of that one plus you have an extra income for the [cacao],” he said.

Kronberg’s plan was to generate supply of lumber on top of planting endemic trees on one side and give a 50 percent share of the income to the landowners – the willing farmers. But mahogany needs about 12 years before it can be sold as lumber.

“When we worked with the farmers on the mahogany trees for the first three weeks, and asked the farmers to please help us nurse on the fields with the trees until the trees reached one to two meters tall. But within next year the farmers have no income and then we decide to plant cacaos,” he said.

He led the trial of cacao trees with the mahogany with the vision to produce the best cacao beans.

While the foundation promised to tend the Mahogany trees, the farmers will maintain the cacao trees. He even offered to pay the farmers the same benefits as a normal worker – social security services, Philhealth, 13-month-pays, and Pag-Ibig.

“But based on our experience, the farmers are not disciplined enough to care for cacao because cacao is so sensitive. You have to do hands-on things like fertilization and pruning every day,” he said.

Because of this, Kronberg only chooses people who are willing enough to undergo the right processes. They were able to supply Class A dry beans to established Davao-based chocolate companies.

But because of the compensation to the farmers and other interventions like keeping the soil’s ph level to ensure the production of the best quality beans, his labor costs and other expenses were higher than other farms. This made achieving a breakeven in ideally six years a struggle.

“We say we need to make also different kinds of products for the market. Only to sell the beans, we can never survive,” he said.

In 2015, Mama Earth Foundation created another company dedicated for its cacao products – the Mama Earth Cacao.

They displayed their products at the Davao International Airport, some coffee shops and concept stores that advocate a healthy diet.

Kronberg said for a cacao product to be considered healthy, it should contain the cocoa butter.

“We don't extract any cocoa butter. The cacao butter gives you all the good ingredients. If you buy this tablea without the cocoa butter, that is nothing healthy, only the taste is good,” he said,

This idea pushed them to the extreme as retaining the cocoa butter in their chocolate powder, albeit laborious.

He said they also employed a “cacao doctor” which supervises and monitors all the processes and urged the farmers to use organic means in battling cacao disease, such as wrapping a certain plant around a fungus. He has also used a technology from Germany to maintain the soil’s ph level for a longer time.

The farms have expanded around Monkayo and Mama Earth Cacao continued to thrive because of the diligent farmers.

As a German national and an advocate for the environment, Kronberg saw so much potential in the lands of Mindanao which he said the farmers should take advantage of.

“This land area in Mindanao, I never saw the soil condition as good as like this. Why are the big fruit companies here? It is because of the soil. Some of them destroy the soil with chemicals but some small scale farmers have a chance to change it,” he said.