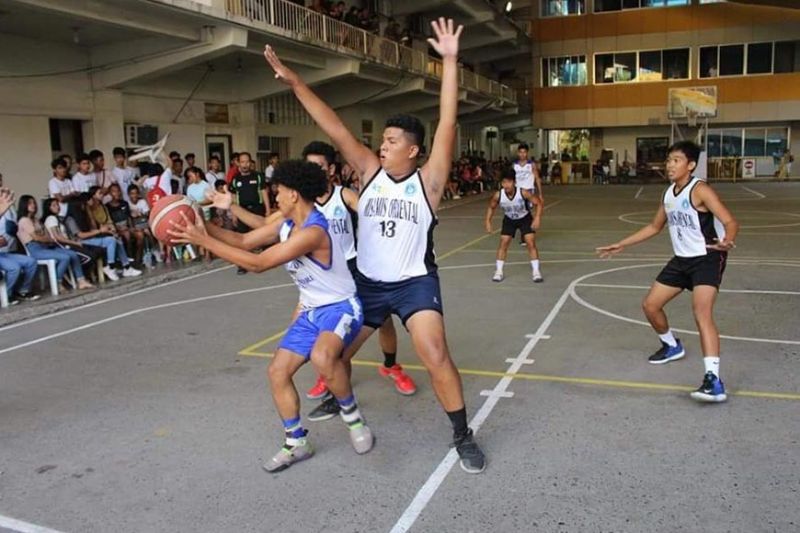 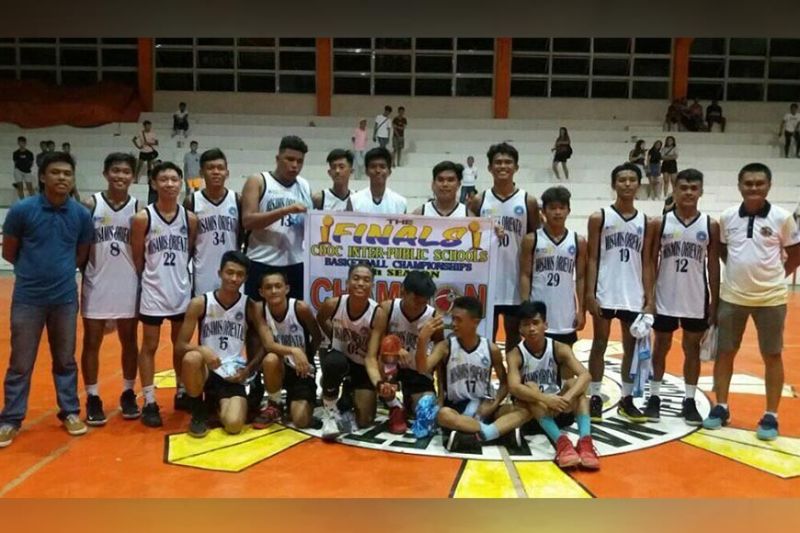 TRIUMPHANT MOGCHS Cavaliers in the 17-under tourney of the 4th Season CDOC Inter-Public hoopfest. (Contributed photo) 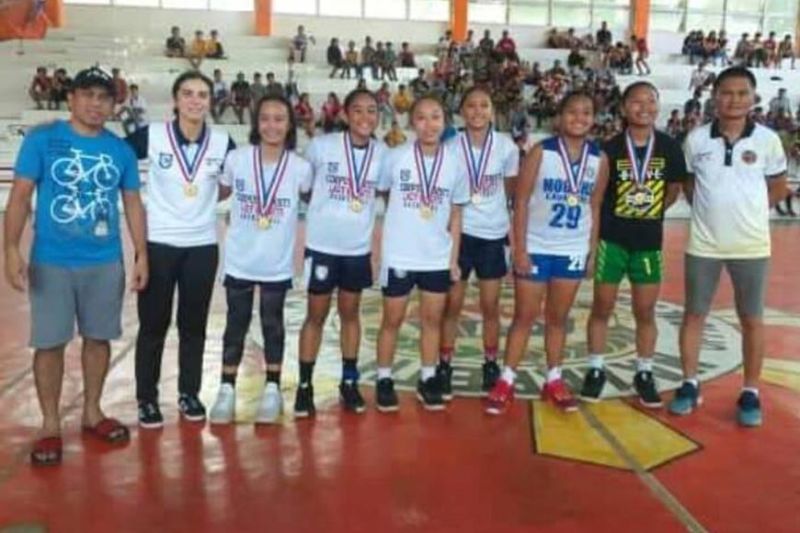 WITH sporting activities crippled amid virus scare across the country, Corpus Christi School, City Central School and Misamis Oriental General Comprehensive High School (MOGCHS) proudly look back as "twice champions" in just the first half of the month, or specifically the end of February up to the first two weeks of March, this year.

After lording it over in the LGU-DepEd Grassroots Developmental basketball tourney at the City Hall quadrangles, the Corpus Christi Lady Knights, the CCS Stingers and the MOGCHS Cavaliers were at it again, showing the way in the 4th Season Finals of the Cagayan de Oro City (CDOC) Inter-Public basketball tournament concluded recently at the Nazareth gym.

And it was not even close.

Not to be outdone, the CCS Stingers of Jaypee Ralph Jumamoy and assistant coach Bethel Cueva manhandled the West City Central School of coach Jonas Molawan, 51-32 to capture the elementary's 12-under boys title.

Coach Jayson Cagmat and the MOGCHS Cavaliers found resistance from the Opol National Secondary Technical School (ONSTS) Dolphins of coach Neco Sapion, but threw the full weight of their towering frontliners to hammer out a convincing 49-37 victory for the secondary's 17-under boys diadem.

"After the LGU-DepEd caging, coach Catrina, Jayson, Jaypee and their wards showed that they're hungry for more. Wala gyod sila nag-relax and were even more determined to conquer in the inter-public hoopfest," said tournament director Raul Fuentes.

Zyla Lubrico paced the Lady Knights with 19 points en route to snaring the MVP trophy. The Mythical Five pair of Aishe Mae Solis and Alicia Margarette Villanueva added 12 markers each, while Most Improved awardee Giorjia Tagarda chipped in 11 points as the Corpus ladies dominated anew the Lady Cavs' side.

The Stingers' Phillip Joshua Balansag came up with 14 points along with the 10 markers each from Charlie Lumantas and Mc Ivan Mabalos to dismantle their West foes that only had twin-digit figure from Riezel Tuballa (10).

MOGCHS' tandem of Carlos Barol and Alexander Insik sizzled with 13 and 10 points, respectively. While the Opol's duo of Johnrich Sanchez and Jeff Palagbas scored 11 and 10 markers apiece.

The Cavaliers, however, had so much depth in their rotation play to overpower the Opol Dolphins.