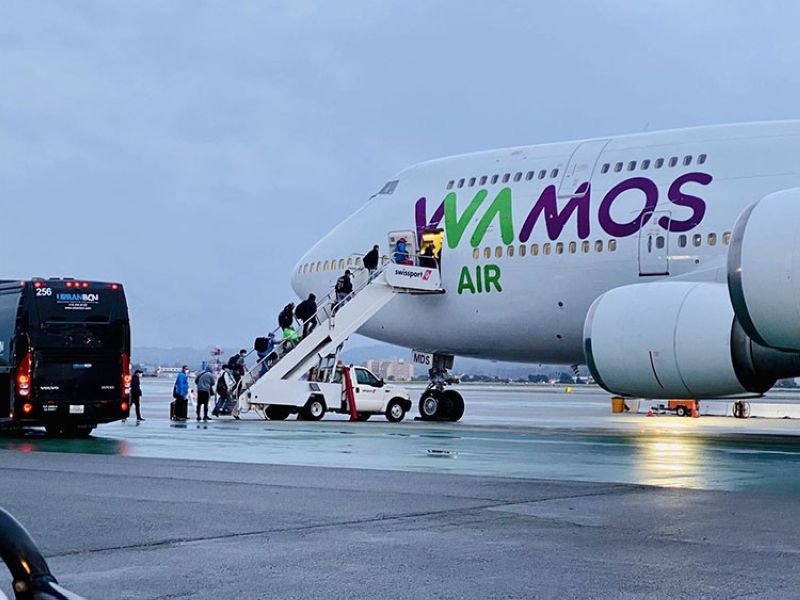 THE Department of Foreign Affairs (DFA) on Monday, March 16, brought home the fourth batch of Filipinos repatriated due to the Covid-19 pandemic.

A total of 444 Filipinos, 438 crew members and 6 passengers, who were on the MV Grand Princess cruise ship in Oakland, California, flew home on a chartered flight from the San Francisco International Airport.

They arrived at the Clark Airbase in Pampanga at around 2:15 a.m. and were immediately transported on chartered buses to the Athletes' Village in New Clark City for the mandatory 14-day quarantine, which is equivalent to the incubation period of Covid-19.

Repatriates are now boarding the buses that will bring them to the Athletes' Village in New Clark City where they will undergo the 14-day quarantine period.#DFAinAction#AssistancetoNationals pic.twitter.com/6wezvHYmpt

In a statement, the DFA said all repatriates underwent screening by the U.S. Department of Health and Human Services as soon as they got off the ship. The screening included thermal scanning and other diagnostics to test if they had symptoms of Covid-19.

“As a matter of protocol, only those who were asymptomatic were allowed to board the buses that transferred them to San Francisco International Airport. The plane left the airport at around 9:00 p.m. on 14 March (Pacific Time),” the agency said.

Some 78 Filipinos, however, volunteered to remain onboard as part of the crew manning the ship.

The 13 Filipino crew members who earlier tested positive for Covid-19 were brought to a care facility in the US for treatment.

The other three Filipino guests, who are California residents, disembarked and returned to their homes.

This group of repatriates is the fourth batch brought home by the DFA.

The first batch of 30 Filipinos were brought home from Wuhan, China on February 9, 2020. They were cleared following a quarantine period of 14 days.

The second batch consisted of 445 repatriates from another Princess Cruises ship, the MV Diamond Princess in Yokohama, Japan. They arrived on February 25, 2020 and were released on March 11.

The third batch consisted of 163 Filipinos from Macau, who were brought home on March 7 and are still under home quarantine.

The DFA said the fourth batch of repatriates were brought home through the efforts of the Philippine Consulate General in San Francisco in coordination with cruise ship owner Carnival Corporation, the US State Department’s Office of Foreign Missions, and the California Governor’s Office. (MVI from PR)
< Previous PageNext Page >