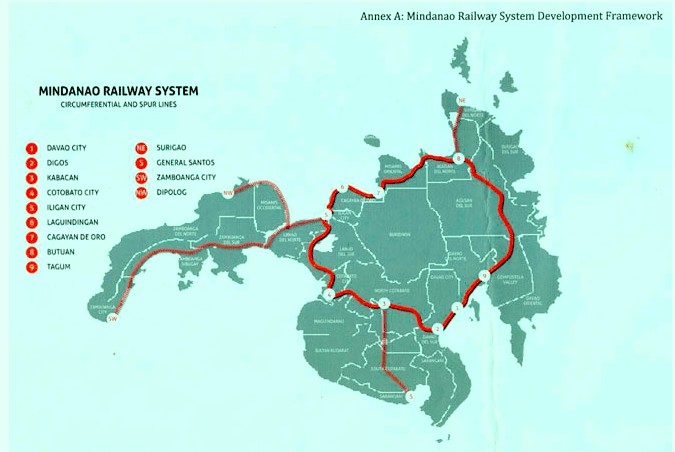 THE schedule for the groundbreaking of the Mindanao Railway Project (MRP) was postponed further and indefinitely with the implementation of the enhanced community quarantine in the entire Luzon, a transportation agency official said.

Department of Transportation (DOTR) assistant secretary for Mindanao projects Eymard Eje said in an interview with SunStar Davao that the agency initially scheduled the groundbreaking of the MRP in December 2019.

He said since it was approved by the National Economic and Development Authority (Neda) in November, the groundbreaking was postponed in January and February this year.

However, due to the current health situation and the mitigating measures imposed by the government, he said there is no new schedule yet for the groundbreaking.

“With the enhanced community quarantine unfolding now in Luzon, I think the groundbreaking will be halted,” Eje said in a text message.

He said the Covid-19 also delayed China’s release of the shortlist of bidders for the project.

“Sa ngayon wala pang companies because it is the Chinese government who will provide us ng tatlong bidders. Namove talaga ang timeline natin. May effect talaga yung outbreak ng virus dahil ang shortlist manggagaling ng China (Our timeline is moved. The outbreak of the virus has really affected us because the shortlist has to come from China),” he said.

He said the Philippine government needs to approve project management consultants who will oversee the project and contractors for the design and construction.

“Up to now wala pa yung list na ipoprovide ng China (China has not provided a list yet),” he said.

Meanwhile, Regional Development Council in Davao Region (RDC-Davao Region) chair Jayvee Tyron Uy would propose allowing the entry of suppliers of construction materials for the Build, Build, Build program in the region amid the implementation of community quarantines and partial lockdown measures of several areas of the region.

In a text message, Uy said he will raise the proposal in his meeting with the concerned local government officials and government agencies.