Bzzzzz: Labella as ‘president’ of Cebu City; SC justice was in plane Negros turned back 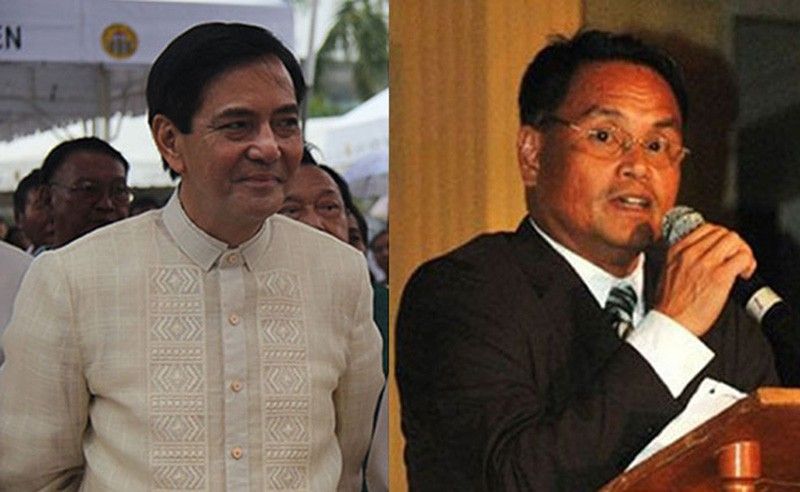 [1] THE NUMBER OF PEOPLE WHO MAY GATHER in the time of the coronavirus. New York City set the number at not more than 500 but that was days ago; the city may have revised the number of people who meet and are relatively safe from infection.

President Trump, who used to think the virus scare was a hoax of Democrats and the media, in his 15-day health guidelines released Monday (March 16), recommended that Americans, including the young and healthy, avoid gathering in groups of more than 10 people.

Why would 500 and 10 be any safer? How did they arrive at the numbers, one must wonder. Jesus set it at two or three as indicator for His presence. “For where two or three are gathered in my name, there I am among them” (Matthew 18:20).

The Philippines, including Cebu, has not set any number. Everyone is discouraged from going out.

[2] FIESTAS IN BARANGAYS ARE CANCELLED, according to the order of Cebu Archbishop Jose Palma, among a clutch of church activities that he ordered suspended. Effective Wednesday (March 18), masses, processions, fiestas in barangays and other religious activities that involve the gathering of many persons will not be held while the threat of Covid-19 remains.

CEBU City Vice Mayor Mike Rama dispensed advice on how to cope with the threat of infection by the corona virus, reading from two pages of notes during Tuesday’s (March 17) program of Chito O. Aragon on dyCM radio.

Topped by the advice to “stay at home,” VM Mike’s litany of suggestions to how to survive the public health problem was useful for the families to whom he said he was addressing.

Mike said he is the vice chairman of the city’s disaster risk reduction and management group. He said he’d “insist” to join crisis meetings that will be called by Mayor Edgar Labella on the Covid-19 crisis. Clearly, Mike considers the current problem a disaster, comparing the magnitude to Yolanda, or even worse than the 2013 super typhoon.

Critics of the vice mayor may joke that Mike could be an effective antidote to Covid-19, if it could sit up and be bored to flee his rambling about coronavirus. They’d be wrong.

Because Mike had some interesting, if not funny thoughts.

[2] Such as his allusion to the virus as “the enemy,” for which Cebuanos must prepare for before it has landed and after it has landed. He feared that the enemy is already here but it is not “confirmed” or we just don’t know for sure because there are no test kits. “Where are the kits? We must test, test, test” to know.

THE crisis, Mike said, gives LGU officials more powers than they regularly hold. He advised the Commission on Audit to keep off mayors and other local officials regarding spending but advised them to document their spending to meet COA requirements later on.

A sensible advice for everyone, only that crises and other emergencies also provide occasions and temptations to bend the law and commit larceny. The Asean conference in 2001 was a good example.

P.S. on Mayor Labella being the “president” of Cebu City: Does it not make VM Mike the “vice president” of the city? If he’d be the Vice President Leni Robredro here, that wouldn’t give him much role in the crisis, would it?

The plane Negros turned back

REMEMBER newly appointed Supreme Court Associate Justice Edgardo de los Santos who had served for many years as Court of Appeals justice based in Cebu before his promotion to the high court?

AJ “Edsa,” as he was known then during his Cebu assignment, and his wife were among the passengers of the Cebu Pacific flight to Dumaguete City Sunday (March 15) that was denied landing at the Sibulan-Dumaguete Airport and had to return to Mactan.

It was supposed to be the last plane to Dumaguete, Negros Oriental before the ban to incoming flights to Cebu from Dumaguete was to take effect. The plane left Mactan at 10 a.m. for the 30-minute flight to Sibulan-Dumaguete. But the tower didn’t respond; as it had no authority to land, the plane turned back for Mactan.

The 72-seater plane was full. Passengers were distressed by the coronavirus threat, compounded by the travel fiasco. Snafus can happen when things are normal; they are worse when they happen during abnormal times. Obviously, coordination among government officials and agencies is needed to enforce quarantine rules.