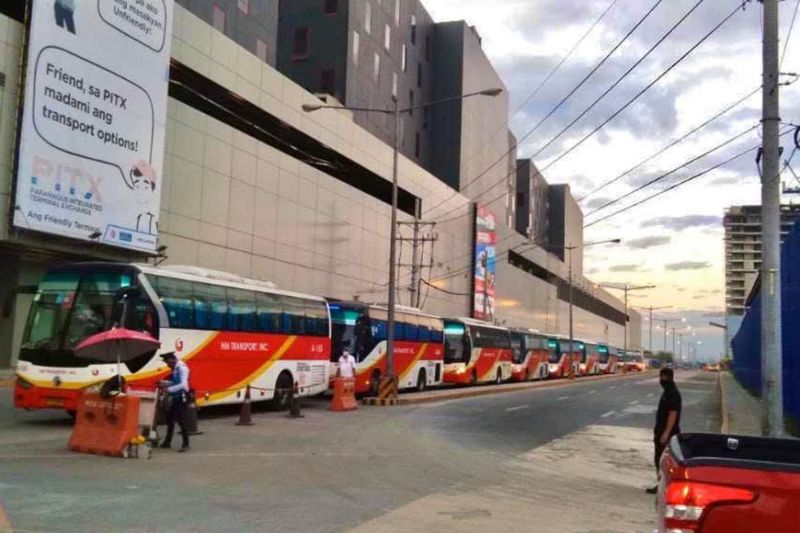 THE government deployed vehicles in strategic areas in Metro Manila to transport stranded passengers, especially health workers who need to report to work, as public transport systems ground to a halt amid the lockdown due to the coronavirus disease (Covid-19).

The Armed Forces of Philippines (AFP) deployed a total of 22 military trucks and two buses Wednesday.

Major General Ernesto Torres Jr., AFP spokesperson, said the buses and the four other trucks will serve the route between Edsa-Santolan and Balintawak in Quezon City.

The Philippine Navy also deployed M35 trucks which will serve passengers in Edsa corner Roxas Boulevard in Pasay City, and Cavite Expressway, South Luzon Expressway, and some parts of Marikina.

"They will ply this route and determine volume and need so a schedule can be determined. This will be regular and daily, to ferry health workers, and other essential and authorized personnel," Zagala said.

The AFP said the routes and scheduled may be adjusted depending on the demand.

Only those exempted from the lockdown will be allowed to get on these buses and trucks, officials stressed.

The Office of the Vice President has also made arrangements in order to provide free rides for the health workers.

The routes of the OVP free rides are as follows:

The AFP, DOTr and the OVP said the routes and schedules may be adjusted depending on the demand and requests from the Department of Health.

Authorities assured that preventive measures such as checking of body temperature, social distancing, wearing of face mask and sanitation will be strictly observed.

The OVP said they will also take down the names of the passengers for possible contact tracing.

They have also assured the safety of their personnel manning the pick-up points by providing protective gear.

Major General Debold Sinas, National Capital Region Police Office (NCRPO) director, said the Ceres buses has lent the NCRPO 12 buses which will be used by the PNP personnel deployed at quarantine checkpoints in the NCR.

President Rodrigo Duterte placed the entire Luzon under enhanced community quarantine on Monday, suspending public transport systems and mandating everyone to stay at home until April 14, 2020.

Quarantine checkpoints have been established at the borders of Metro Manila to limit the movement of the people.

Only health workers, people transporting food and medical practitioners are allowed to pass through the checkpoints.

On Tuesday evening, Cabinet Secretary Karlo Nograles, who is also the spokesperson of the Inter-Agency Task Forces for the Management of Emerging Infectious Diseases, said the task force will issue accreditation IDs to others who are also exempted from the home quarantine.

He said delivery services, workers of supermarkets and drugstores, those transporting food, medicine or other basic necessities were among those allowed outside their homes during the quarantine period. (SunStar Philippines)
< Previous PageNext Page >