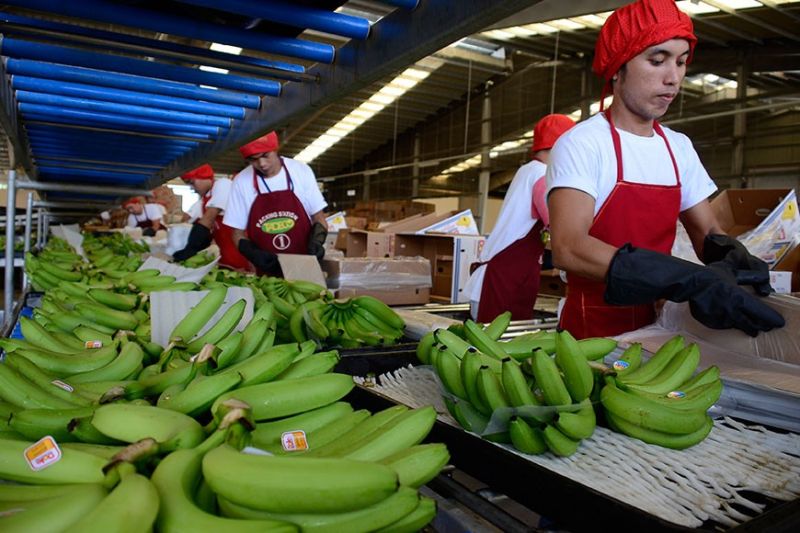 THE banana industry stakeholders are requesting the government to prioritize the checking and passage of their container vans carrying bananas at the entry points to ensure the marketability of the produce.

The stringent implementation of the lockdowns in the region to contain the spread of the coronavirus disease (Covid-19) has caused the build-up of people and vehicles in various checkpoints entering the city.

Pilipino Banana Growers and Exporters Association (PBGEA) president Alberto Bacani said that while the export market for bananas had gradually become favorable, the current government measures to curb the virus could also affect the quality of bananas.

"The very long queue in the checkpoints are detrimental to our banana quality and shelf life," he said.

With this, he said the association sent the letter of the request addressed to the Interagency Task Force (IATF), security personnel, and the Department of Health (DOH) on Tuesday, March 18.

Bacani said the demand for bananas, especially in China, has continued to increase because the borders with Vietnam, Laos, and Myanmar are closed so their bananas cannot enter China.

He added that the local Chinese bananas grown in the south of China are having difficulty getting to Shanghai and Dalian markets due to logistical issues and restricted inter-province movement of goods.

In February, the association reported that export in China has normalized after it dwindled due to Covid-19 and caused a slump in the prices to US$1.80 per box from $8 per box.

"As long as there is no disruption of the logistics from farm to Davao and also in the availability of commercial containers going out of Davao to banana markets, there should be no effect on the demand for bananas in all of the markets especially in Japan and Korea," Bacani said.

"The next couple of days will be the big test since the entire Davao Region is now under lockdown. We'll see if our bananas from outside of the Davao Region can still get in," he added.

In an earlier statement, PBGEA said China was the country's number one destination of fresh bananas in the last two years.

Citing data from the Philippine Statistics Authority (PSA), the association said the huge increase in volume pushed the improvement of the performance of the country's top agricultural export commodity by 39.7 percent in 2019 with total fresh banana exports valued at $1.93 billion.