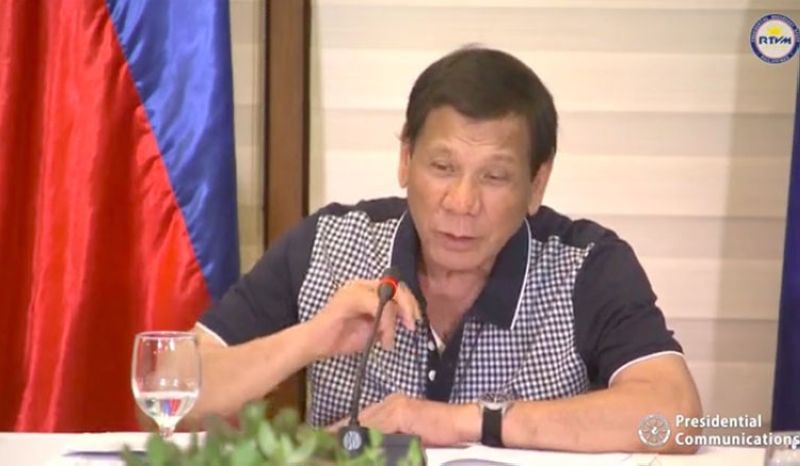 PRESIDENT Rodrigo Duterte on Friday, March 20, told local government units (LGUs) to stand down and toe the line in the implementation of the lockdown in Luzon or risk facing administrative or criminal cases.

He directed the Department of the Interior and Local Government (DILG) to closely monitor the compliance of the LGUs with the directives and to file the necessary cases against wayward officials.

The President, who had also served as mayor of his hometown Davao City, appealed to the local government executives in an address broadcast at about 1:30 a.m. Friday, saying the national government needs their help in implementing the enhanced community quarantine in Luzon.

Duterte acknowledged the authority that local government executives have in dealing with emergencies and other matters affecting their localities.

“I was a mayor myself in case you have forgotten. But this is an emergency of national proportions and therefore, it is the national government that should call the shots,” he added.

The government body that is leading efforts to combat the Covid-19 pandemic is the Inter-Agency Task Force for the Management of Emerging Infectious Diseases (IATF).

The President said LGUs should follow what the IATF says and stop making rules on their own.

“I am ordering all LGUs that are doing this to stand down and to abide by the directives of the task force and those issued by the OP and to make sure that what the IATF says should be closed is closed and those that should be open should stay open,” he said.

“If you go beyond the standards that we have set, you are abusing your authority and you know that it can lead to administrative cases or even worse. Unless you stop whatever you’re doing fully and completely, criminal cases cannot be far behind,” he added.

The President said the nation should move in unison to contain Covid-19, the respiratory disease caused by the novel coronavirus which is transmitted among humans through respiratory droplets.

“Let us work together to implement this quarantine and it should all begin with the LGUs making sure that your actions are consistent with (those of) the national government,” he said.

Otherwise, you would sow confusion. All over the world, there is confusion and chaos already because of these lockdowns. We are not the only ones into it. All countries of the world, as a matter of fact, are doing it,” Duterte stressed.

The President also vowed to help those who are stranded through the Philippine Air Force and Philippine Army, which has deployed vehicles to transport health workers around Metro Manila. Those who need lodging may be accommodated in military camps.

Duterte addressed the nation again after Twitter erupted in support of Pasig Mayor Vico Sotto, who has been allowing tricycles to continue operating for health workers who need to commute between their homes and their workplaces.

Sotto has said the vehicles that the Pasig City Government deployed to ferry health workers and essential personnel are not enough.

The DILG and IATF have rejected Sotto’s appeal to exempt the tricycles in Pasig City from the lockdown rules.

It mandates Luzon’s over 50 million residents to stay at home in a bid to slow the spread of the infection. Only one person per household is allowed to venture outside to buy groceries and other essential items,

Public transportation systems, domestic air and domestic sea travel have been suspended. Border controls are being carried out, allowing only health workers and other essential personnel to pass through checkpoints.

As of Thursday, March 19, the Department of Health has logged 217 Covid-19 cases in the country, with 17 deaths. Eight patients have recovered. Most of the cases are in Metro Manila and neighboring areas.

Globally, the novel coronavirus has infected 191,127 persons. The disease has claimed the lives of 7,807 patients. (MVI/SunStar Philippines)