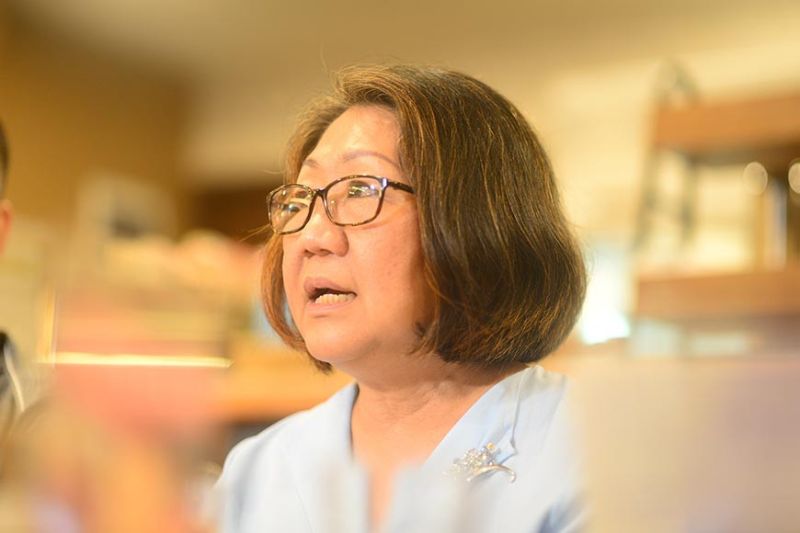 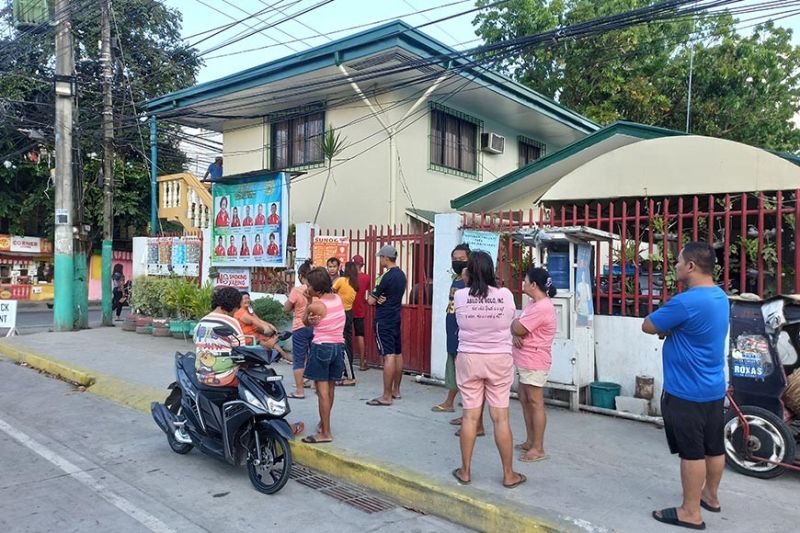 ILOILO. Residents of Barangay Cuartero, Jaro District, Iloilo City line up on Saturday, March 21, to get the home quarantine pass which stated only one person is allowed per household to go out to buy for medicine. (Photo by Leo Solinap)

A 65-YEAR-OLD male patient from the town of Guimbal in Iloilo is the first confirmed case of coronavirus disease in Iloilo Province, the Department of Health (DOH)-Western Visayas announced at 3:20 p.m. on Saturday, March 21.

DOH-Western Visayas Center for Health Development director Dr. Marlyn Convocar said the patient is now admitted in a private hospital in the city.

“He was admitted to a hospital on March 13 after experiencing a fever and cough on March 6. The patient has no travel history to other countries or areas with positive cases of Covid-19,” Convocar said.

Specimen of the patient were taken and sent to the Research Institute for Tropical Medicine (RITM) upon admission.

Convocar added the patient has been exposed to his relatives who have traveled to Japan but asymptomatic.

Convocar said the health department has been coordinating with the concerned local government unit (LGU) and health facility of Guimbal to conduct contact tracing to intensify infection and prevention and control.

According to the DOH, the patient was first brought to a government hospital then later admitted to a private hospital.

“He is in critical condition, as of now his blood pressure is not normal, and the patient is already isolated and health workers have personal protective equipment (PPE),” Juanico said.

The government, including the City and Provincial government, military and police are on top of the situation according to the city mayor.

Treñas said starting Sunday after the 5 a.m. curfew, he is prohibiting all taxi and tricycles and pedicabs to operate in the city.

There will be checkpoints that will be set up around the city but priorities or fast lane will be given to the food deliveries who will deliver and ingredients produce food. Treñas said he doesn’t want to hamper the capacity to produce food in the city.

“This is a very fast-evolving situation, we have to move fast, we have to act fast and we have to decide fast, that’s why I am always coordinating with the governor and Dr. Convocar,” Treñas said.

Treñas advised patients not to be ashamed when they are experiencing flu-like symptoms when going to the hospitals or if they have close contact with people coming from outside the country infected with Covid-19.

Iloilo Governor Arthur Defensor Jr. also said he is not suspending transportation in and out of the borders of the city and province due to many circumstances especially for those health and frontline workers living in the province but working in the city.

“But we will make necessary adjustments and one of those adjustments is leveling off with Iloilo City,” Defensor said.

The patient from Guimbal, Iloilo is the second Covid-19 case in Western Visayas, after Bacolod City reported its first confirmed case.

As of March 20, 12:00 p.m. the Regional Disaster Risk Reduction and Management Council Western Visayas recorded 136 patients under investigation (PUIs) in Western Visayas of which 67 are admitted, 15 are outpatient and 54 are discharged.

Iloilo Province, meanwhile, has 31 PUIs, 19 admitted, one outpatient and 12 discharged.

RDRRMC said the status of Covid-19 in Western Visayas will be updated soon. (SunStar Philippines)