Bus from Manila arrives in Davao, passengers under quarantine 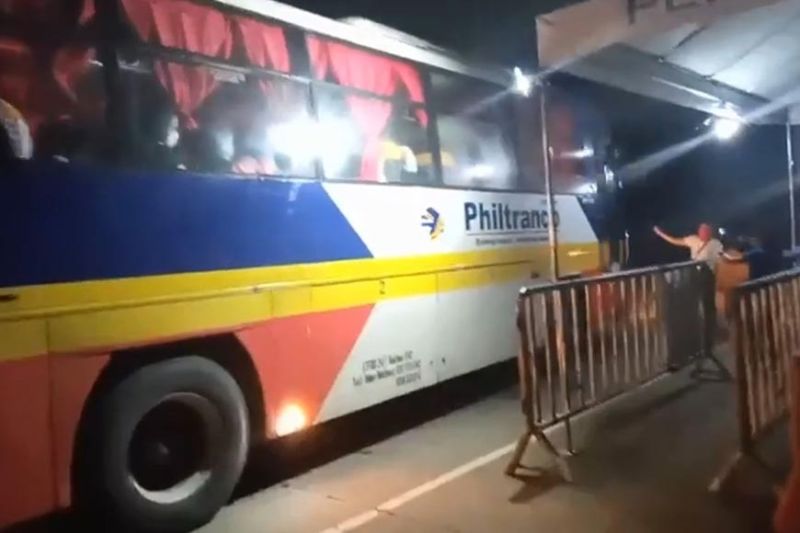 DAVAO City Mayor Sara Duterte-Carpio said the 32 passengers on board the Philtranco bus, which arrived on Saturday night, March 21, 2020, from Manila, are now under quarantine for 14 days in Davao de Oro.

In a radio interview on 87.5 FM Davao City Disaster Radio Saturday, March 21, 2020, Duterte-Carpio said if one of them manifests signs and symptoms of coronavirus disease during this period they will not be allowed to pass through the checkpoint.

On Saturday night, Duterte-Carpio was informed by Monkayo Mayor Ramil Lao Gentugaya on the arrival of the bus. The bus drew concern from the public for fear that one of its passengers has already been infected by the virus.

On March 19, the Covid-19 Regional Task Force implemented a region-wide lockdown, which means that those who will be coming from other regions will not be allowed to enter and will be advised to return to their place.

The city mayor also wondered how come the bus was allowed to travel considering that an enhanced community quarantine has been implemented in Metro Manila.

Upon learning about the travelling bus from Manila, she initially said that it should not be allowed to enter the region since it will defeat the purpose of the region-wide lockdown. But she, later on, asked for the recommendation of the doctors.

She was told to either send the bus back to where it came from or let its passengers undergo quarantine for 14 days.

She then told Gentugaya not to let the passengers disembark from the bus. The passengers are now under quarantine at a farm near the entrance of Davao de Oro. They will be provided with meals thrice a day.

Earlier, a bus from Agusan was not allowed to enter when it arrived in Butuan.

Davao City Mayor reiterated her appeal to the bus companies to suspend its transportation services.