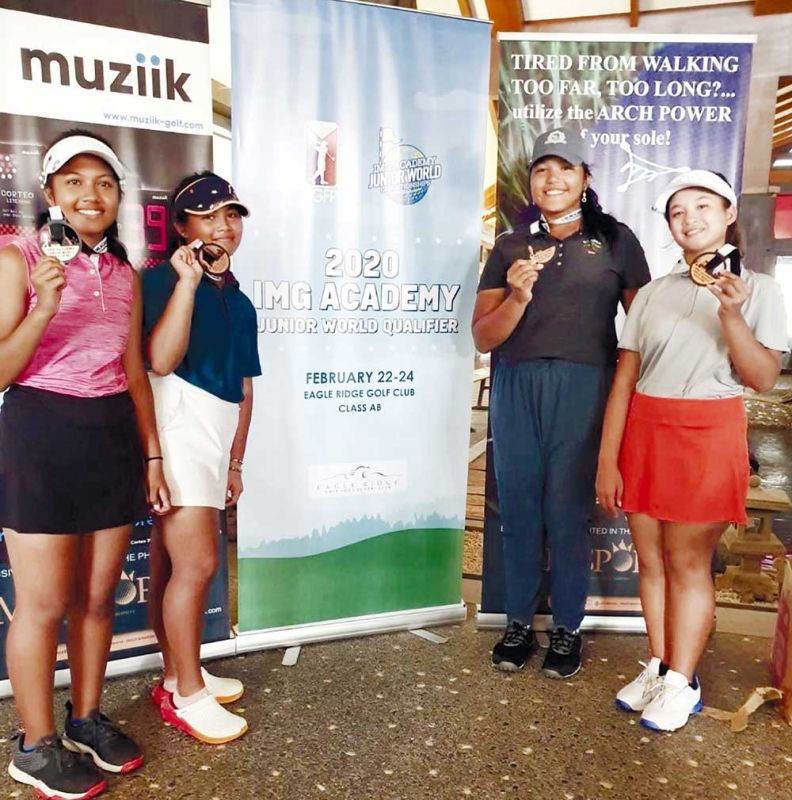 AT 12 YEARS old, the future looks bright for golf prodigy Grace Pauline Quintanilla of the Cebu Country Club (CCC) as she slowly makes a name for herself in the country’s golf scene.

It was a dominating week for Quintanilla as she also stamped her class in the premiere Philippine Ladies Open on Feb. 17 to 20 at the Manila Golf Club, prior to the junior world qualifiers.

Quintanilla then went on to clinch a Junior World Championships slot for a second straight year. She finished at 20th place last year in her first stint in the junior worlds.

But things suddenly went south as the country began to impose lockdowns and other countries implemented travel restrictions in light of the Covid-19 health crisis.

“I’m a bit disappointed but these are the things that we can’t control,” said Quintanilla, who’s considered a strong long hitter.

“The event is not canceled but we have to think and wait what will happen in the next month before we decide if we should go. It will be a hard decision for us because of the situation right now,” said her father, Gene, in a telephone interview.

The older Quintanilla said they planned to practice for two months before flying to the US so they can play better than last year, but everything has changed because of the health crisis.

“The plan was to start practicing by the end of April. Playing in the junior worlds is an opportunity since not all can go there because you have to qualify. It’s also a chance for young players because there are coaches and scouts who will be there in the event,” he said.

“Being a member of the CCC junior golf program has helped her (Grace) development,” Gene said, adding that they also dream of competing in the SEA Games and the Asian Games someday.

He said the junior worlds is one of the stepping stones of his daughter’s dream. The event will be joined by a thousand golfers from around the world.

“We are hoping for the best and the end of the Covid-19 pandemic. Of course, we still don’t know when this will end, but for now, we have to be hopeful and stay at home,” he said.