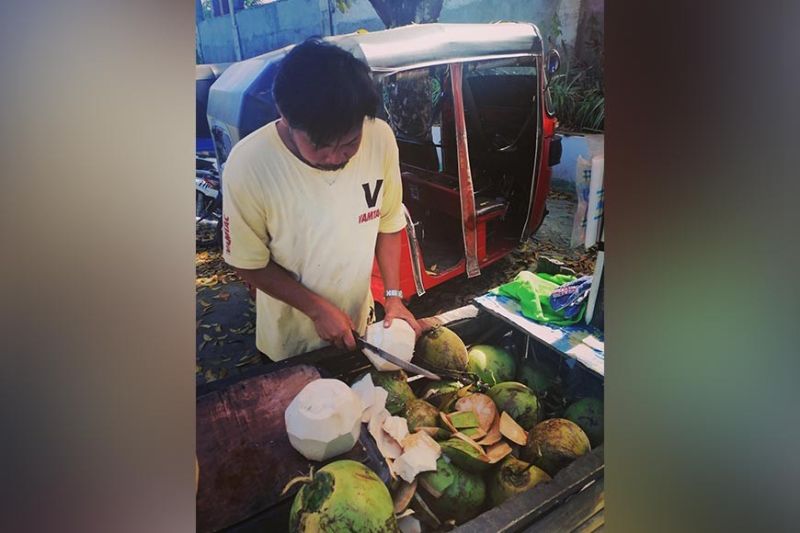 KUYA Elmer is a constant vendor in front of the Barangay Bugo gym. With his pushcart, he starts his daily grind at eight in the morning, selling fresh coconut at P20 and ends at around 4 in the afternoon. He spends his lunch time in our carinderia (Filipino term for food stall), and I found out that he has been selling coconut for three years now. I then asked him how his sales are now compared to before. In a calm voice he answered, "Hinay man..."

But eating healthy food such as fruits and vegetables is important more than ever, in the light of the major health crisis at present brought by Covid-19. Health experts, such as those from the Department of Health, would sing the same tune.

The coconut is a very good example of a fruit that you should eat these days. Its water contains dietary fiber, calcium, and vitamin C, among others; and vitamin C boosts your immune system big time. The lack of it makes you prone to sickness. In addition, foods rich in vitamin C also contain antioxidants. And guess what, coconut has strong antioxidant properties that fights viruses and infections off, and kills bacteria.

The coconut has been known to Filipinos as the Tree Of Life because every part of it has uses. You'd know this very well if you've heard Da Coconut Nut song written by Ryan Cayabyab and popularized by Smokey Mountain.

Right now, a virgin coconut oil derivative is being tested in Singapore in an effort to find a cure to stop the virus from taking a heavy toll across the world. The test is base on what the evidence of the research study of Dr. Fabian Antonio Dayrit, a professor in Ateneo de Manila, suggests: "Coconut oil and its derivatives have effective anti-viral compounds, based on several in vitro studies that support the potential of coconut oil, lauric acid and its derivatives as effective and safe agents against a virus such as what is now known as the Covid-19." Hope that this turns out promising.

But while waiting for the results, for now, other than social distancing, proper hand washing, and staying at home (and probably whiling your time making TikTok videos), eating fruits and vegetables, at least five servings every day, is very much encouraged to beat Covid-19. (John David Moncada)