Another cardiologist dies from coronavirus disease 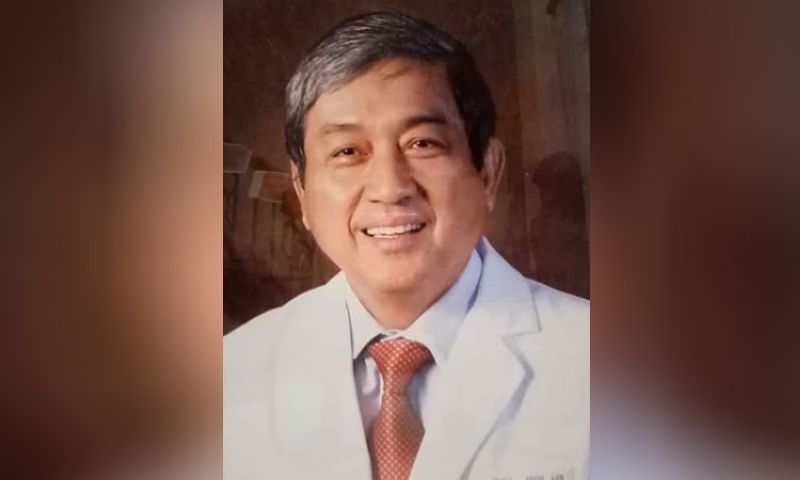 He was the fourth Filipino doctor to have succumbed to the respiratory disease caused by the highly infectious novel coronavirus.

“He was a great father, teacher, mentor, poet, author, singer, colleague, friend. One who has spent his life teaching. One who never got tired to impart knowledge and wisdom. One who made you sweat as he bombards you with questions but would suddenly make you feel at ease as he breaks into a smile,” the group said.

Jara was a past president of the PHA.

Over the weekend, the PHA also mourned the loss of cardiologist Israel Bactol. Two other doctors who were on the front line in the battle against the pandemic have also died.

At least 10 other doctors fallen ill, with some suffering from the severe form of the disease.

Four of them are being treated at the Philippine Heart Center (PHC).

Doctor Joel Abanilla, PHC executive director, said he was hopeful that they four doctors will recover soon. He described them as “relatively well”.

Abanilla said the hospital is now conducting contact tracing among patients and other people who may have had contact with the sick doctors.

On Sunday, Health Undersecretary Maria Rosario Vergeire said the Department of Health is investigating reports that a doctor died after a patient lied about his medical condition and history of travel or exposure to Covid-19.

For his part, DOH Secretary Francisco Duque III said the doctors who died while performing their duties are heroes.

Recognizing the sacrifices being made made by the doctors, nurses and other healthcare workers in the fight to stop Covid-19, the Senate on Monday included in the national emergency bill a provision that will provide compensation for healthcare workers who get infected or, worse, die from the disease.

As of Tuesday, the DOH said the number of Covid-19 cases in the country has breached the 500 mark, with 33 mortalities.

Globally, the disease has claimed the lives of more than 14,000 people, according to the World Health Organization. (MVI and Third Anne Peralta-Malonzo/SunStar Philippines)