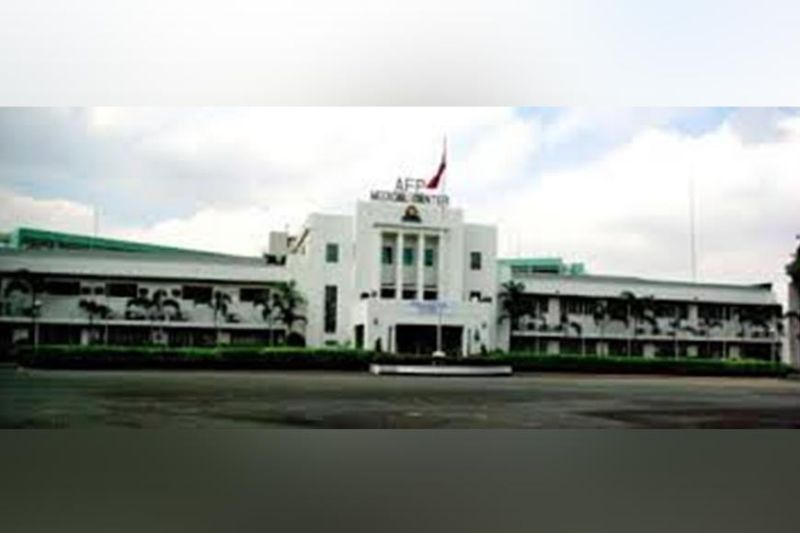 A SENIOR military official and his wife as well as a Manila policeman have tested positive for the novel coronavirus, officials confirmed Tuesday.

Armed Forces of the Philippines (AFP) Chief of Staff Felimon Santos Jr. said the military official and his wife are now confined at the V. Luna Medical Center in Quezon City.

Santos has gone on a home quarantine, but assured that he did not have direct contact with the sick official because they observe physical distancing during meetings.

At the National Capital Region Police Office (NCRPO), Director Debold Sinas said the policeman from the Manila Police District (MPD) was categorized as a patient under investigation (PUI) last March 17. Tests have confirmed that he is infected.

Sinas said he has already ordered the MPD to disinfect and decontaminate the whole station where the patient was assigned while the other personnel assigned there were ordered to undergo quarantine for 14 days.

"As soon as the decontamination takes place, other police officers will takeover the duties and responsibilities of the station while the colleagues are considered Persons Under Investigation," he said.

"We are also conducting a contact tracing to other people who has contacted NCRPO Patient 1. We will advise them for home quarantine until March 28, 2020... We are also human beings susceptible to Covid-19. And as law enforcers, we are facing higher risk of exposure to this pathogen as part of our pledge to serve and protect our fellowmen," he added.

He and his wife were considered as PUIs last March 15, Santos said in a statement.

“They have been undergoing proper medical management with the military officer now being asymptomatic. They will continue medical treatment until fully recovered and strictly following DOH imposed protocol for Covid-19 patients,” he added.

Santos assured that specific guidelines to protect all military personnel, particularly those stationed and working in Camp General Emilio Aguinaldo in Quezon City, are in place.

Santos said since the general community quarantine took effect in Metro Manila on March 15, only two gates have been opened for ingress and egress to better monitor the movement of people in the camp.

He said additional thermal scanners and qualified personnel were likewise made available to hasten the process of taking a person’s temperature.

Santos said the Office of the Deputy Chief of Staff for Personnel has issued guidelines to maximize work from home measures for Civilian Human Resources while military personnel must remain inside camp to ensure that other security operations are unaffected.

The Office of the Deputy Chief of Staff for Logistics, for its part, assured the availability of important equipment and supplies throughout AFP units especially to those manning the different quarantine assistance stations.

“We have also directed the availability of a Military Treatment Facility within the camp to cater specifically to AFP personnel manifesting symptoms of Covid-19. House to house reminders from GHQ-HSC and the station hospital are also being conducted for residents within the camp, encouraging them to practice personal hygiene and other related actions to prevent the spread of the Covid-19,” Santos said.

“Protocol from the DOH in preventing and combatting the spread of Covid-19 is being strictly implemented including intensified contact tracing to ensure the safety of military and civilian personnel in the General Headquarters,” he added. (SunStar Philippines)