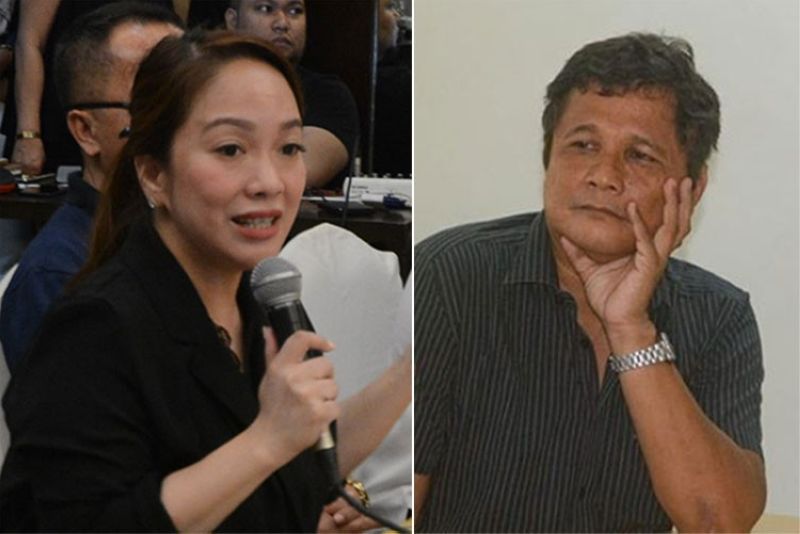 [1] Niña Ompoc Mabatid (Cebu City councilor), to criticisms on social media over her allegedly panic-inducing posts on her Facebook wall --

"I have been bashed for telling the truth but I think no one can lambast me because I care for the doctors and health workers who fought for those lives that are at risk. They have the option to quit but they did not. They just want the virus to be recognized as dangerous and everyone should know that it is not a joke. They are attending to the patients right now..."

(A SunStar news report says the regional police office has ordered the investigation of Councilor Mabatid for "several posts" in social media about Covid-19 without the approval of the Department of Health. "Inappropriate to cause panic to the people in times of crisis," police said. Mabatid's posts claimed that three persons in Cebu died from the coronavirus, which DOH had not confirmed and even contradicted the agency's report. The post above could be part of her explanation.)

[2] Fr. Ramon Echica (dean, San Carlos Seminary), to those who question why the Catholic Church has suspended masses when the "Eucharist is the summit of Christian life" -

[3] Carlos Conde (journalist, human rights activist), in answer to House Speaker Alan Peter's Cayetano's justification of his and other legislators' self-promotion. (Cayetano said, "If holding up the sign gets people to stay at home, I will do it again) --

"You kept them at home all right -- making memes of your crass self-promotion."

"The basic principle is openness, transparency and fully keeping the public informed. And I think (in South Korea) this is paying off."

[5] Wenilyn Sabalo and Jerra Mae Juarez Librea (sharing a Poynter.org article on the function of media during the coronavirus crisis), from which this quote is lifted --

"Most of the media are doing the responsible thing -- providing the truth, even if that truth is more pessimistic than optimistic. The media's job is to present facts, not hope. It is to report what is really happening, not to paint over serious issues in order to make its audience feel better."

[6] PEP.PH in Jojo Cabinete's "Pep Alerts/Cabinete Files," quoting from the message of an unnamed doctor who died Sunday, March 2, leaving a wife, also a doctor and struck by Covid-19, and a son afflicted with autism --

"... The feeling you get, aside from extreme pains all over, difficulty of breathing and as if life is being sucked from your body!... They will be putting cu-down line and central tubes on me anytime soon! If they intubate me and place me on ventilator, then the game is almost over!... It is my fervent hope that all of you may assist the rest of my family in our most difficult times."

"We are in the end of times, characterized by loss of faith and increased diabolical activities."

(The Pachamama is a female fertility figure, representing Mother Earth, venerated by peoples in the Andes and some parts of the Amazon. Several small figurines of a naked pregnant woman reportedly appeared on an October 4, 2019 indigenous prayer service in the Vatican gardens attended by Pope Francis, then in Rome's Church of Sta. Maria near the Vatican. That "aroused intense controversy among traditionalist and conservative Catholics as quasi-demonic symbols of pagan idolatry.")

"We implement STRICT BORDER CONTROLS, not lockdown... Incoming -- not allowed; Outgoing -- allowed. Goods and supplies are still free to come in...Lockdown means (for passengers) No incoming, No outgoing."

[9] Kevin Lagunda (SunStar reporter and sub-editor), on the foreign news headlined, "Testicle festival on hold." The annual testicle festival of the American Legion in Michigan has been rescheduled to May 9, a one-day celebration of bull nuts, beer and baked beans. The festival's supplier said some 330 pounds of bull testicles are in the freezer, "they should be good" still two months from now. Noted Lagunda --

"No festival is safe."

"Anyone who knows someone who has an extra or unused Treadmill for lease or sale? Please..."