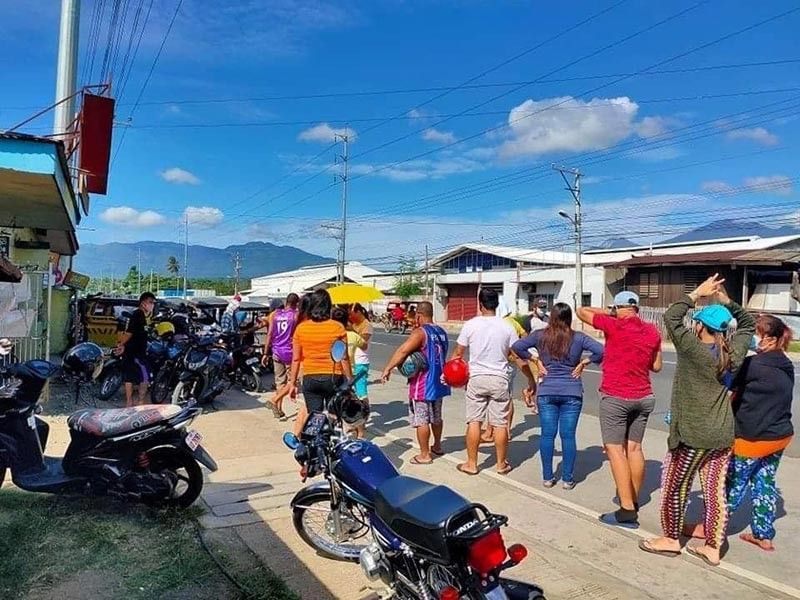 THE Davao City Government has issued a cease and desist order, prohibiting all village officials from issuing quarantine passes.

Issuance of such passes has caused confusion among the residents and compromised protocols on social distancing against the spread of the novel coronavirus.

In a statement issued Wednesday morning, March 25, the City Government of Davao advised the village chiefs to halt the giving of passes as they wait for clear guidelines from the local government unit.

Davao City Mayor Sara Duterte-Carpio, in a radio interview on 87.5 FM Davao City Disaster Radio Wednesday, said she stopped the issuance of passes since the city is not yet under enhanced community quarantine.

She said passes are issued only when there is a lockdown. Based on national guidelines, an enhanced community quarantine means all work in public and private establishments are suspended, with employees shifting to work-from-home arrangements, except for essential workforce such as police and medical personnel; all mass transportation are suspended; and all establishments are closed, except for those selling food and health-related items.

Duterte-Carpio added that other barangays have also been issuing different passes such as food passes, work passes, and all other passes, which led her to suspend the giving of passes.

She said although she appreciates the initiatives of the barangay officials to ensure that all of the city mandates are strictly implemented within their barangays, they should wait for the local government’s instructions to avoid chaos and confusion.

Some villages in the city have been distributing quarantine passes to limit the movement of the people while community quarantine is in effect.

Residents have been advised to stay in their homes to prevent the transmission of the coronavirus disease. They may only go out of their houses for work, to buy food or medicines, go to the hospital or take out garbage.

However, some residents who were not able to secure quarantine passes are worried that they could no longer go out of their houses without the passes.

Grace Flores, a resident of Sunrise, Barangay Panacan, Davao City said that as of Wednesday, they have not received the passes yet. She was worried that she will not be allowed to leave her house without the pass.

“Daghan kaayo mi naghulat dri mahatagan ug quarantine pass. Asa naman ang mag panon sa una mangumpanya? Karon kay dugay kaayo ang aksyon. Bahala wa ko’y madawat nga rasyon. Ang importante maka gawas makapalit ug kailanganon sa gawas (A lot of us here are waiting to be given the quarantine pass. Where are the people who would flock here during the election campaign? Action has been really slow. I don’t care if I cannot get the ration as long as I can go out and buy our necessities),” she said.

Meanwhile, a certain Pedro Tumbi posted a video Wednesday on the system of quarantine passes distribution in a village in Toril that did not observe social distancing as residents flocked to the village hall hoping to get passes.

Tumbi said the distribution of the passes should have been done house-to-house to prevent commotion, which would only put people at risk in contracting the virus.

Some netizens have also also reported that Barangay Agdao officials are charging P50 for the passes.

Netizens have also posted on their social media accounts that some barangays are only prioritizing voters.

Prior to the suspension of the passes, Calvo said they noted a significant decrease in the number of people roaming around in their barangay.

She said there are designated purok leaders who ensure that people will only go out of their house when necessary.

Despite the suspension, Calvo reiterated her call for her constituents to follow the guidelines set by the city government as these are only meant to ensure they are protected from the spread of the virus.