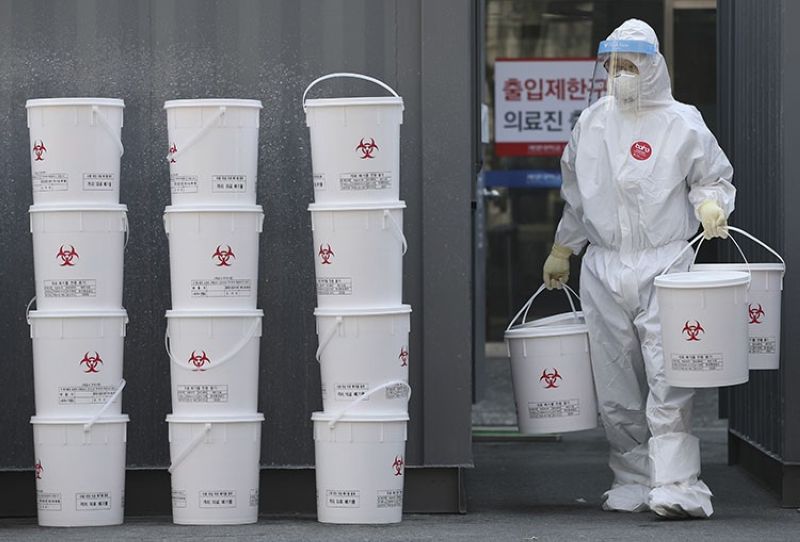 SEOUL, South Korea -- South Korea has reported 104 new cases of the coronavirus and five more deaths, bringing its totals to 9,241 infections and 131 deaths.

South Korea’s Centers for Disease Controls and Prevention said Thursday, March 26, that 30 of the new cases were linked to recent arrivals.

Health authorities have been scrambling to prevent the virus from re-entering as an increasing number of South Koreans return from Europe and the United States amid broadening outbreaks and suspended school years.

From Friday, the country will enforce 14-day quarantines on South Korean nationals and foreigners with long-term stay visas arriving from the United States. Similar measures have already been applied to passengers arriving from Europe.

South Korean Prime Minister Chung Se-kyun on Thursday ordered officials to employ a “no-tolerance” policy on those who disobey quarantines, saying that South Korean nationals would be sued and foreigners would be expelled. (AP)