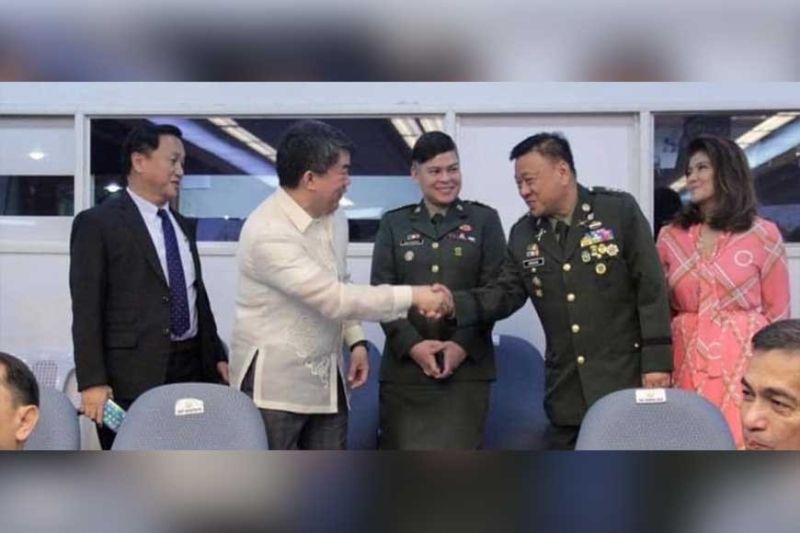 Duterte-Carpio has voluntarily put herself under home quarantine on March 12 due to her recent Manila trip.

The mayor had a lunch meeting with Senator Sherwin Gatchalian in Manila on March 11, after discussing important matters affecting Davao City.

Duterte-Carpio, along with Davao City Third District Representative Isidro Ungab, attended the confirmation appointment rites of the Commission on Appointments (CA) as an army reservist who has been promoted to the rank of colonel.

The Davao City Health Office (CHO) eventually discontinued her voluntary isolation on March 13, after a confirmation effort conducted by the City Mayor’s Office with the office of the senator, stating that the senator did not have physical contact with the Covid-positive patient.

However, the city mayor immediately resumed her self-quarantine on March 17 after Senator Juan Miguel Zubiri tested positive for Covid-19 on March 16, which she had close contact with.

She said her doctor strictly advised her to resume her quarantine.

Both Duterte-Carpio and Ungab also had a close contact with Senator Koko Pimental, who was confirmed as Covid-positive on March 25.

Ungab, on March 26, even posted photos wherein he and the city mayor even shook hands with Pimentel who was present during the confirmation. Also with them in the photo were senators Imee Marcos and Francis Tolentino.

“These pictures were taken last March 11 at the Senate. Hopefully, we are already safe if we assume the life of the virus is at 14 days. This, after spending two weeks in self-quarantine or self-isolation,” Ungab said on his Facebook post.

In a radio interview on March 26 via 87.5 FM Davao City Disaster Radio, the mayor hesitated attending the CA confirmation event.

“Actually, akoang gut feel ato is dili gyud muadto. Dili gyud ko gusto mu-attend atong March 11 (Actually, I had a gut feeling of not attending that event that day. I didn’t want to attend the event on March 11),” Duterte-Carpio said.

However, the mayor admitted she pushed through after postponing her confirmation twice already. She added, if she did not attended that day, she would have never been promoted as a reserved army officer.

The mayor added that during her visit in Manila, she had a close contact with Senator Sonny Angara who was also confirmed Covid-positive on March 26.

Although Duterte-Carpio said her doctor allowed her to go out since she finished her mandatory quarantine, and has not manifested any flu-like symptoms, she still admitted she is a bit worried.

“Makapraning siya sa tinuod lang (I’m a bit paranoid, to be honest),” the mayor said, emphasizing that she had close contact with three Covid-positive senators.

She said she already consulted her doctors on the additional precautionary measures she need to make.

Ungab, meanwhile, told SunStar Davao in a text message that he already finished his mandatory 14-day quarantine on Wednesday, March 25.

“I immediately underwent self-quarantine when I learned of the contact several senators had with a covid-19 positive patient. I have ended my quarantine yesterday,” he said.

He said he did not manifest any flu-like symptoms during his isolation period.

“Thanking the Almighty God that I have not experienced any flu-like symptoms in the past two weeks and stayed at the top of my health,” Ungab said.

Senator Christopher “Bong” Go, meanwhile, is also under self-quarantine after having close contact with ACT-CIS party-list Rep. Eric Go Yap, who was confirmed positive on March 25.

Go, in a press statement, said he has not yet experienced any symptom related to Covid-19.

“Wala naman po akong nararamdamang sintomas ng sakit. (I haven’t experienced any symptoms of the virus). But since protocol requires that those who were directly exposed to persons positive for Covid-19 need to undergo self-quarantine, I am left with no choice but to comply,” Go said.