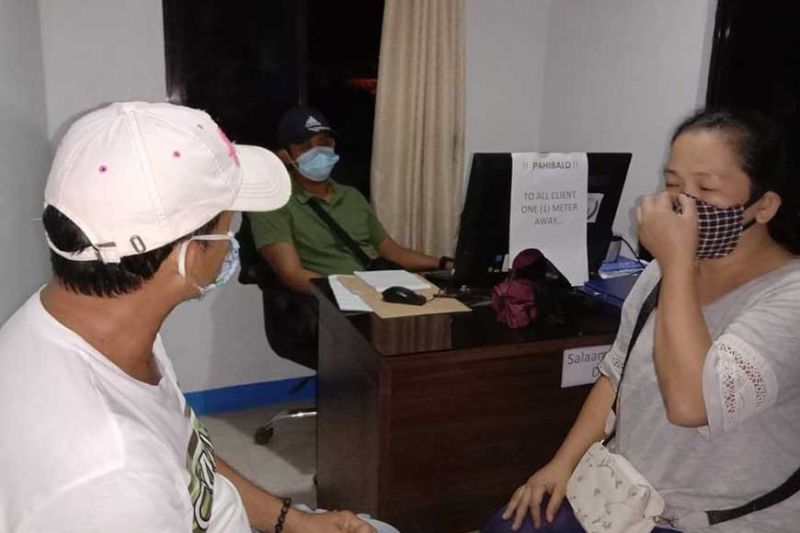 A WOMAN, who allegedly spread false information online that a village official in Barangay Ilang, Davao City tested positive for coronavirus disease (Covid-19), was summoned and ordered to publicly apologize.

Bunawan Police Station commander Police Major Noel Villahermosa said Thursday, March 26, the woman, identified as Mary Jane Gascon, was called to their office after they received a complaint that a piece of unverified information had circulated online.

She was accused by Ilang barangay kagawad Lito Padilla for spreading fake news about him being infected by the disease. The two had a face to face encounter on Tuesday, March 24, at Bunawan Police Station.

In Padilla’s Facebook live, he captured the statement of Gascon who asked for his forgiveness and later on took back her claims. She also cautioned the public on what they post online that might cause harm and panic. Gascon vowed to be a responsible social media user.

She added, “Akoang paningkamotan nga dili na gyud mautro nga mga post. Akong gi-awhag ang tanan nga dili musundog sa akoa nga mag post ug dili tinood kay ako naka-experience nako nga unsa gyud diay ang atubangon nga kaso kung mag post sa social media nga mga fake nga news (I will try my best not to do it again. I urged the public not to do what I did because you will be facing charges once it is proven that you are spreading fake news on social media),” she said.

Padilla, meanwhile, forgave the woman and allowed her to return home. Her post garnered more than a thousand shares and over 500 reactions.

Under the law recently signed by President Rodrigo Duterte granting him additional powers to fight the coronavirus disease, violators shall be punishable with imprisonment of a two-month jail sentence or a fine of P10,000 to one million or both.

In section 6 (f), Individuals or groups creating, perpetrating, or spreading false information regarding Covid-19 crisis on social media and other platforms, such information having no valid or beneficial effect on the population, and are clearly geared to promote chaos, panic, anarchy, fear, or confusion; and those participating in cyber incidents that make use or take advantage of the current crisis situation to prey on the public through scams, phishing, fraudulent emails, or other similar acts.

Meanwhile, Villahermosa said that this should serve a lesson to the public to be wary of what they share online now that the country is facing a serious crisis. He also asked for their cooperation with the policemen who are enforcing the provisions under community quarantine.