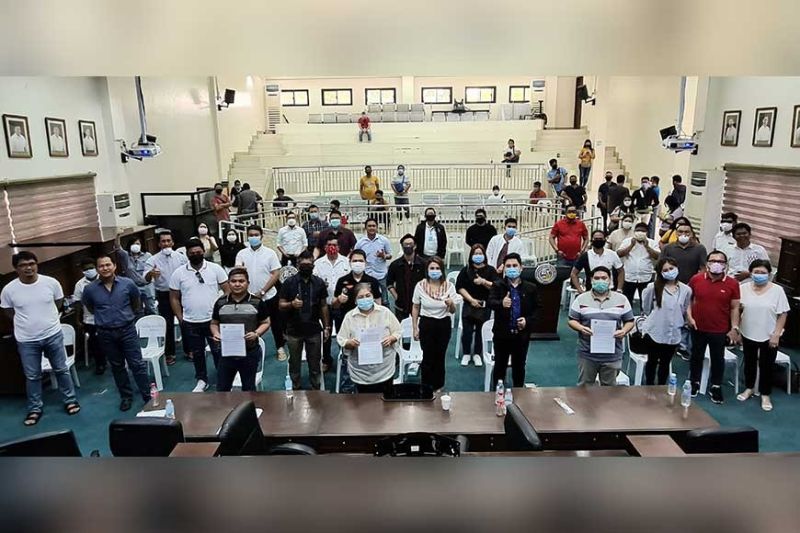 LOCAL officials asked President Duterte to temporarily shut down the operations of Clark International Airport amid the increasing cases of coronavirus disease (Covid-19) in the country.

This was gleaned in a joint resolution passed recently by the councils of Porac town, Angeles City, and Mabalacat City.

In their joint resolution, the local officials around the Clark airport are “requesting Duterte, through Executive Secretary Salvador Medialdea, to temporarily shut down the operations of Clark International Airport while the spread of Covid-19 still remains.”

The local leaders of the three communities are also asking that local government units (LGUs) should be required to facilitate the quarantine procedures, including social distancing and transport of their constituents from Clark to their respective destinations.

This will prevent the spread of the virus in the entire country, according to the officials of Mabalacat, Angeles and Porac.

On March 9, the Philippines declared the rapid spread of the Covid-19 as a public health emergency. Two days after, the World Health Organization (WHO) has characterized the spread of the disease as a pandemic, the resolution stated.

President Duterte implemented various precautionary measures aimed to prevent, control, and manage the possible spread of COVID-19, according to the local executives.

On March 12, the Inter-Agency Task Force (IATF) for the Management of Emerging Infectious Diseases of the National Government issued Joint Resolution No. 11 providing for strict social distancing guidelines, including suspension of classes, prohibition on mass gatherings, community quarantine, and restriction of domestic and international travels, they added.

LGUs in Pampanga have been strictly observing the enhanced community quarantine with major entry and exit points guarded to limit the movement of people.

Arriving OFWs should be properly checked and handled to protect the local residents from infection.

The three LGUs said all domestic and international flight passengers arriving in Clark should undergo quarantine procedure to prevent the spread of the deadly disease in the country, particularly in the Luzon area.

The local officials stressed that the people of Pampanga and Angeles City fully support the national government’s program for returning OFWs.

However, residents in Angeles City, Mabalacat City, and Porac expressed alarm and concern on the apparent leniency on the supposed Covid-19 protocols for returning OFWs, they said.

The LGUs in Pampanga appeal that they be involved in the implementation of the program for returning OFWs.

“We also propose that a point-to-point system be imposed. Instead of using public areas for transport transfer, the OFWs must be delivered straight to their residences from the airports and require them of a mandatory 14-day self-quarantine under the auspices of their respective LGUs,” the local leaders stressed.

They also appeal that all foreigners be temporarily banned from entering Clark International Airport within the duration of the Luzon wide quarantine.

They also asked the national government not to set-up drop off point for returning OFWs in the territorial jurisdiction of Angeles, Mabalacat and Porac.

“If necessary, make arrangements with the family members or concerned hosts to fetch or pick up their respective incoming passenger constituents upon their arrival at the Clark International Airport terminals, Clarkfield, Pampanga, especially OFWs and to set-up an inspection booth jointly manned by concerned personnel from the Local Government Unit of Angeles City, Mabalacat City and Porac, Pampanga,” the local leaders stated in their joint resolution.