52 persons in contact with dead Tagoloan PUI under quarantine 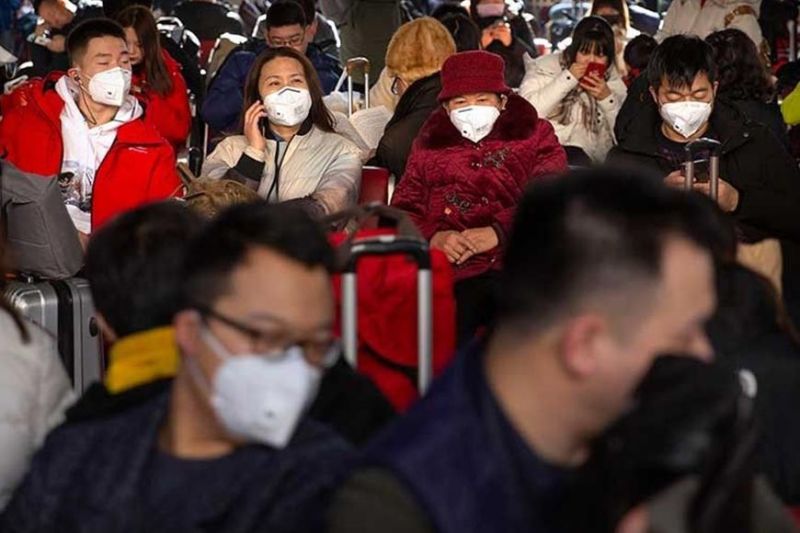 FIFTY-TWO persons in contact with the female patient under investigation (PUI) in Tagoloan town who died on Thursday morning, March 26, are now under strict quarantine with their houses cordoned off.

Tagoloan town Mayor Gomer Sabio said there will be no room for complacency.

“This is a matter that should be addressed seriously not just the others in close contact with the patient but even our own life is at risk, being a Tagoloan resident,” Sabio added.

The 56-year-old female PUI was first admitted at the ward room of St. Paul hospital in Tagoloan where she had been assessed with dengue and cardiovascular disease. She was later transferred to Northern Mindanao Medical Center (NMMC) in Cagayan de Oro City.

She was reassessed at NMMC with acute respiratory illness (ARI) while awaiting result of test for possible infection of the coronavirus disease (Covid-19).

“Nakahilak intawon si doktora. Her question is ‘What about if the Covid test on the dead woman will turn out positive?’,” Sabio confided in an interview over Magnum radio, referring to Tagoloan municipal health officer Dra. Jennifer Advincula.

Sabio gathered the 10 village chiefs of Tagoloan and ordered them to strictly implement community quarantine on 24/7 basis. He also called on peace and order and health committee frontliners to work hand in hand for the purpose. Those under strict quarantine, Sabio said, will be served with foods and supply for free at home for a minimum of 14 days.

“Dili kita magkumpyansa as we take drastic action for preventive measure kay simbako makasulod ang virus dili nako kaya. I need the full cooperation of all the barangay captains of Tagoloan,” Sabio said, adding that he cannot afford to watch helplessly the booming town of Tagoloan in prolonged agony due to coronavirus.

(We should not be complacent as we take drastic action for preventive measure because, God forbid, the virus penetrates our town, I can’t take it. I need full cooperation of all the village captains of Tagoloan.)

(We will prioritize the fight against the virus before the comfort of everyone. We will just be walking for the meantime.)

Obviously livelier than the Misamis Oriental cities of Gingoog and El Salvador, the first-class municipality of Tagoloan with commercial seaport and giant industrial estates such as Phividec to boast will eventually turn into cemeterial silence for such a period of time.

(Transportation will be shut down. Our curfew takes effect on daytime against those who are loitering during the day than nighttime with unnecessary purposes.)

Parmis said residents found wandering on the streets without “pass slips” can be arrested.

But Parmis has other worries even that the town had already gone disinfecting its surroundings since early last week. It also conducted “rekoreda” or round-the-clock information drive around Tagoloan after the PUI patient’s burial at Sta. Ana cemetery recently.

(We are still worried because people from nearby areas can still enter. I mean, we will be strict in Tagoloan but the neighboring places won’t do the same, it seems useless.)

Meanwhile, Misamis Oriental Governor Yevgeny “Bambi” Emano, in a separate interview, cleared that the province has no recorded positive case yet of the dreaded Covid-19.

(Of course, it’s normal to feel worried, scared but we should not panic.)

Ahead of Covid-19 scare and sustained general quarantine for the entire province, Emano said his Capitol team is already mapping out plan for economic recovery.

At the same time, the governor issued a stern warning that those possibly inflicted with coronavirus disease who will refuse hospitalization or medical attention will certainly face legal action from the government.

As of March 26, the NMMC has 14 admitted PUIs, Dr. Chan said. While the Department of Health (DOH)-Northern Mindanao has recorded a total of 219 patients under investigation (PUIs) in the region as of Tuesday, March 24, according to DOH-10 Assistant Regional Director Dave Mendoza.

Of the 219 PUIs in the region, Mendoza said 21 of them are currently admitted and 35 were tested negative and discharged.