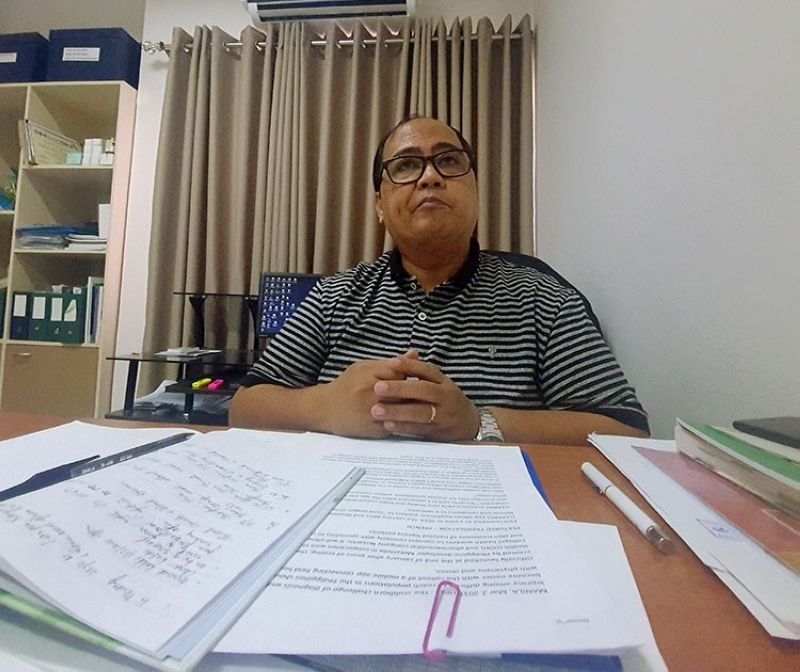 ILOILO. Dr. Cornelio Cuachon of the Provincial Health Office said on Friday afternoon, March 27, that all of the three Covid-19 patients in Aklan were in stable condition. (Photo by Jun Aguirre)

A 37-YEAR-OLD doctor is one of the three Covid-19 positive cases in the Province of Aklan.

Dr. Cornelio Cuachon of the Provincial Health Office said Friday afternoon, March 27, that all of the three patients were in stable condition. The two others are senior citizens coming from the hinterland towns of Libacao and Kalibo.

“Contact tracing is now being done to those persons who have been keeping in touch with the patients in the last two weeks,” Cuachon said.

“The frontliner (doctor) is now being treated at the Aklan Provincial Hospital. One of the senior citizens was at the Dr. Rafael S. Tumbukon Memorial Hospital in Kalibo. Another senior citizen is staying at home in Libacao alone,” Cuachon added.

Earlier, the local government unit of Malay, Aklan has temporarily closed the Boracay District Hospital (also known as the Ciriaco Tirol District Hospital) after one of its employees undergoes quarantine.

Aklan Governor Florencio Miraflores suspended all of public transportation in the province until April 14.

Kalibo mayor William Lachica also restricted the entry to Kalibo except for the frontliners and employees with work in Kalibo. (SunStar Philippines)