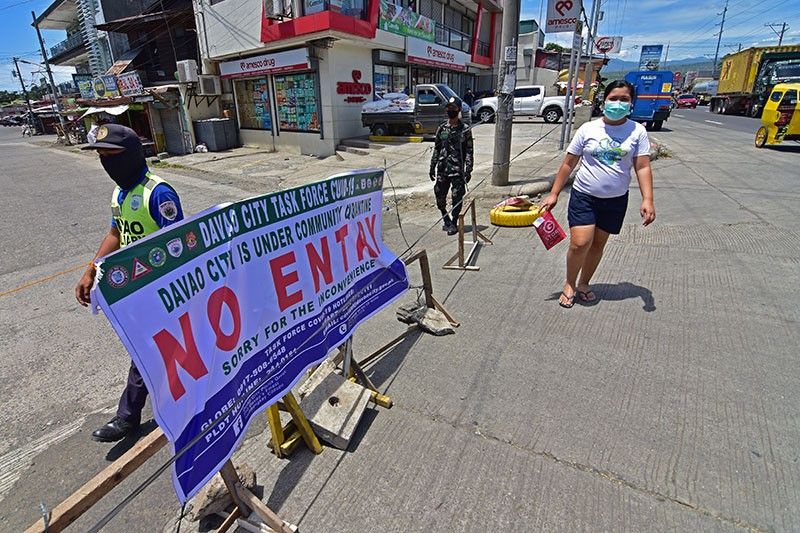 DAVAO City Mayor Sara Duterte-Carpio told Dabawenyos not to worry if enhanced community quarantine (ECQ) will be implemented in the city and region as the local government will give sufficient notice and enough time for the public to be prepared.

The city mayor, in a recent Sunstar Davao story, warned individuals who continue to defy the social distancing mandate of the city government.

But based on her recent discussion with medical consultants, she said the city’s quarantine status has not yet reached that level.

She added they are currently discussing the Covid-19 centers for persons under investigation (PUI).

The mayor said she continues to receive reports that certain individuals in some parts of the city who still loiter on the streets, despite her mandate of doing self-quarantine since the city was placed under community quarantine effective Sunday, March 15.

She cited areas such as Calinan, Toril, and Tibungco as one of the non-compliant areas in the city wherein social distancing is not properly observed.

The mayor, however, said social distancing in these areas is hard to be implemented, considering each area has its respective public markets and other commercial establishments.

“I think mao na siya ang reason kung ngano ubay-ubay ang mga tao aning mga areas because of the commercial activity nga naa diri. Naa ang mga bugasan, gabaligya og feeds, ga-pera padala, pawnshop, banko (I think one of the reasons why majority of individuals are still visible in the streets in these areas is because it is where the heart of commercial activities is located. There are rice and feeds sellers, money remittance centers, pawnshops, and banks),” Duterte-Carpio said.

At present, city public markets are implementing the “one entry, one exit” policy to prevent direct contact from marketgoers.

However, the mayor said social distancing remains to be a challenge.

To address this problem, she said public consumers should shift to “mobile palengke” wherein the public can order items in the market using their cellphone.