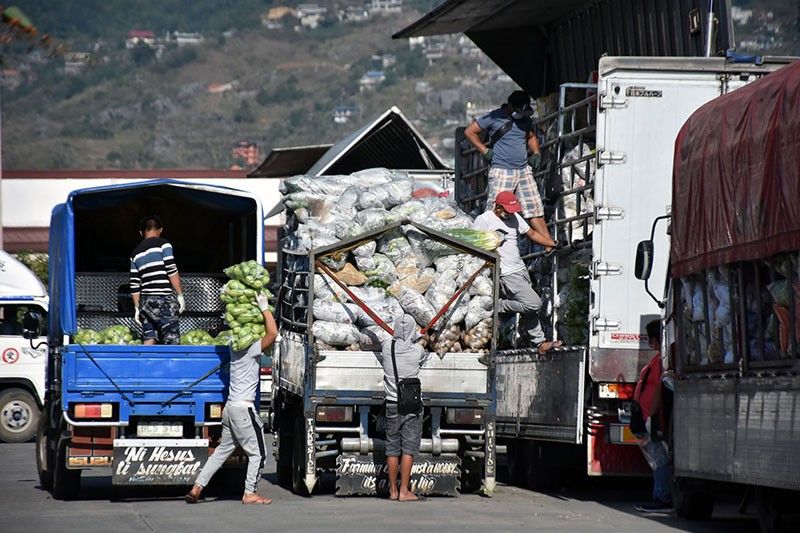 LA TRINIDAD. Vegetable trading continues at the Benguet Agri-Pinoy Trading Center but workers are urged to use protective equipment such as gloves and facemasks to help prevent the spread of Covid-19. (Photo by Redjie Melvic Cawis) 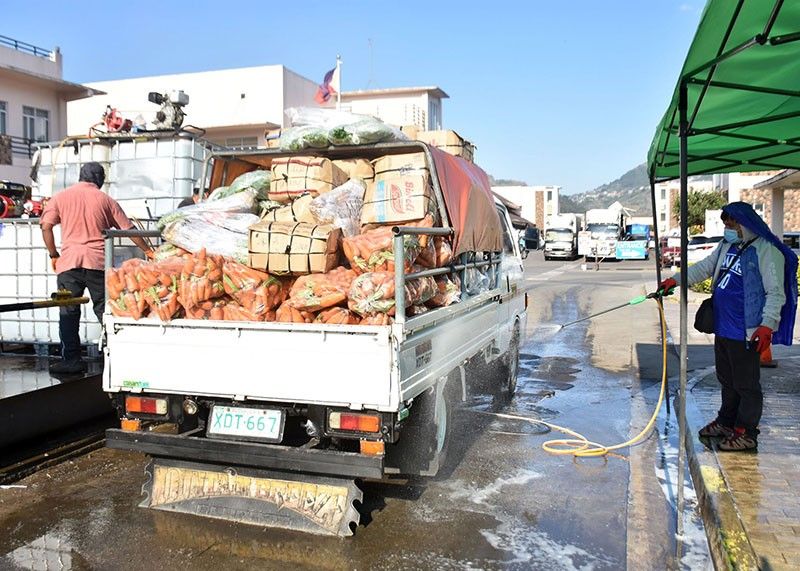 LA TRINIDAD. Before entering the Benguet Agri-Pinoy Trading Center, trucks and vehicles are disinfected as a precautionary measure against the spread of Covid-19. (Photo by Redjie Melvic Cawis)

OFFICERS of the League of Association at La Trinidad Vegetable Trading Post Inc. asked the local government to consider their proposal concerning operations of the trading post in La Trinidad, Benguet.

The group, in a letter to La Trinidad Mayor Romeo Salda, pointed out the impending closure of private trading area will lead to long queue of farmers that may translate to damage to crops, saying they find it more feasible to open all trading areas to accommodate more farmers but with corresponding conditions.

“The private parking areas shall provide for their own thermal scanner and health workers to man the main entrance of their respective areas,” the group said.

The league stated social distancing will be strictly observed among packers, disposers, porters, purchasers and buyers adding one meter distance of farmers’ vehicle will also be implemented.

“This way, the private trading areas will still be able to accommodate farmers and their produce and will lessen the long queue of farmers, lessen vegetable damages and will support the food security program of the government,” the March 27-letter added.

Last week, a schedule was set for truckers transacting at the La Trinidad Vegetable Trading Post following Executive Order 11 and 12 series of 2020 by Salda providing guidelines in the trading area.

Divisoria, Balintawak, Pasig, Commonwealth, Novaliches, Tacloban, Iloilo, and all Tawid-Dagat truckers are scheduled to transact every Mondays, Wednesdays and Fridays.

The group said they support the scheduling of buyers, however, they ask for the reconsideration in the said schedule wherein buyers will not only purchase during MWF and TThs.

The last concern includes the Sunday closure of all trading areas with the league asking for a daily transaction of vegetables at the trading post while sanitation and disinfection will be scheduled on a specific day and hour.

“Aside from the above stated reason, we cannot tell the farmers not to harvest their crops which they spent some capital on. Their food and living expenses for the next three months and capital for the next cropping is highly dependent on the payment of their current harvest/crop,” the group added.