Eloy hopes to flourish in Rizal 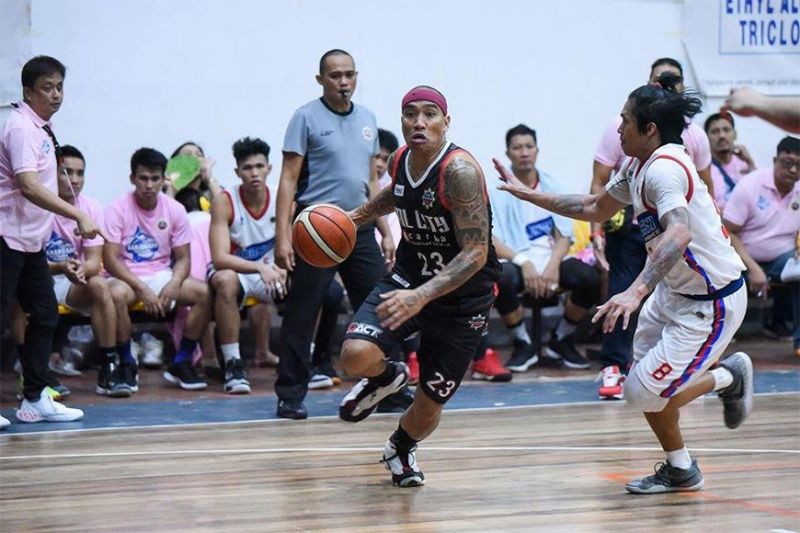 THIRD CHANCE. Cebuano star Eloy Poligrates (with ball) is hoping his stint with Rizal, his third in the MPBL, will be a fruitful one. (Contributed Photo)

CEBUANO basketball star Eloy Poligrates is motivated to help turn the fortunes of Rizal-Xentro Mall around next season in the Chooks-to-Go Maharlika Pilipinas Basketball League.

The Poro-native recently signed a one-year deal with the Golden Coolers after failing to link up with the Marinerong Pilipino for the new season of the PBA D-League.

Poligrates was fully expected to return to the Skippers following an impressive run in the 2019 Foundation Cup that saw him win the Most Valuable Player award as he led them to the Finals, but the team had other plans.

“I hope to show them (Marinerong Pilipino) that they were wrong when they decided to drop me,” said the flashy 6-foot guard in Filipino. Poligrates once exploded for 67 points in a game during the 2019 Foundation Cup.

Poligrates believes that Rizal, now his third team in the MPBL after his hometown Cebu City-Casino Ethyl Alcohol and Val City Carga Backload Solution, is the best place for him to do just that.

“With Rizal, I told them that if they will give me a chance to show what I can do for the team, I will really deliver,” said Poligrates, who only played for 10 games combined with Cebu and Val City.

The 32-year-old Cebuano, though, isn’t losing sight of his primary goal, which is to help Rizal tread the path to success.

The Golden Coolers had a forgettable campaign in the 2019-20 Lakan Cup as they finished with a 7-22 record, which marked the second straight season that they missed the playoffs.

Poligrates knows how challenging it will be to turn things around for his new team but he’s more than willing to take it on, along of course with the help of his teammates and coaches.

“I like being with an underdog team, because if I can somehow help improve it, it will be because of all of us. It’s not like I am superman that I can do everything,” he said. “We should help each other, so we can improve the image of the team. That’s what I tell the coaches, we should all help each other.” (JNP)