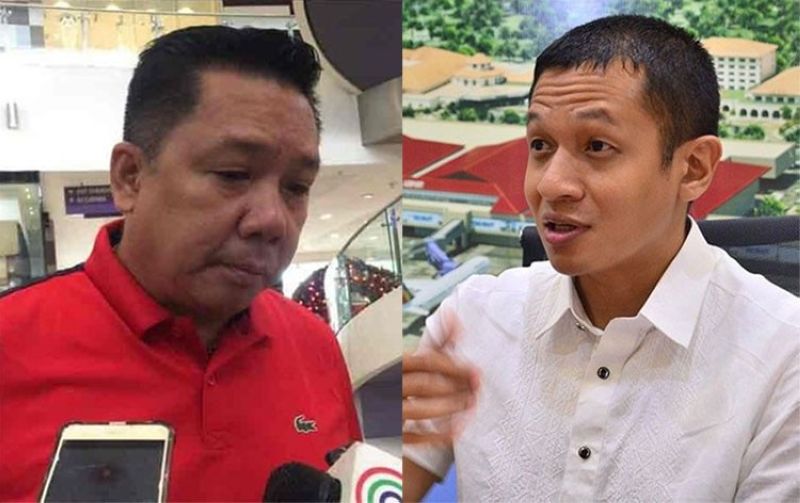 [1] THE NEWS OF DENNIS GARCIA'S DEATH. A story, attributed to CNN, quoted a statement from the Garcia family that he died Saturday, March 28, "due to complications" from Covid-19. Garcia was CEO and chairman of Vivant Corp., part owner of Visayan Electric Co., "the biggest power distributor" outside Manila. The news didn't say how Garcia caught the infection.

[2] COUNCILOR MABATID CLAIMING SPIKE IN VIRUS CASES BACKED HER CLAIM. What will support her against police charges of spreading false information is evidence of that (the purported death of three patients), not of subsequent events that went with the same worldwide trend.

Still, many lawyers think the case rests on thin ground.

How they do it there

Richard "Richie" Z. Osmeña, Region VI director of LTFRB or Land Transportation Franchising and Regulatory Board, who comes from the Osmeña clan in Cebu City, has this comment on the "problem" in Cebu among some of its leaders:

"Very very easy unta ni problem sa Region 7 kong walay sige reklamo ug walay gahi (og) ulo... Here in Region 6 alone, we have six provinces and we don't have problems... We simply respect each province, each city, each municipality.. If ever there has to be transportation issues... Border to border lang, that's it... Follow rules, stop complaining... #daghanmoamo #maona." "Cebu or any province in general dapat naa 'BAYAG'... leave politics aside.. Do what's right."

Richie Osmeña commented on a post by former Cebu City Mayor Alvin Garcia about border passes for Cebu City travelers to and from towns and cities of the province.

Osmeña, a former Cebu City councilor who took his oath as LTFRB regional director on May 5, 2017, is brother-in-law of Michael Dino, presidential assistant for the Visayas. His sister Mary Margarette is the wife of Allan Dino, brother of Michael. Richie has three siblings, including Cebu City Councilor Renato "Junjun" Osmeña Jr. Junjun was appointed on November 29, 2017 to fill the seat vacated by Hanz Abella who accepted the post of NLRC commissioner. The former mayor, Tomas Osmeña, is an uncle of Richie and Junjun.

No passes in South Cotabato

Tamayo said many governments have already failed and surrendered in the battle against Covid-19 and he didn't want that to happen in South Cotabato "and my decision is final. I will not issue border passes."

Mactan-Cebu International Airport Authority general manager Atty. Steve Y. Dicdican said the 38 foreign nationals who arrived in Cebu Saturday, March 28, were allowed by the policy of the Inter-Agency Task Force on Emerging Infectious Diseases to give stranded foreigners "free and unimpeded access to and from the airport and hotel, notwithstanding any LGU pronouncement to the contrary."

Governor Garcia complained that the foreigners, coming from different parts of Visayas and Mindanao, were dumped here with Cebu as

"receptacle." They stayed here while waiting for their flights home.

MCIAA, Gwen said, didn't inform or coordinate with Capitol. Is it because Atty. Dicdican wouldn't attend coordination meetings? But the GM, the governor says, sends an assistant. The rep should've kept the lines open.

As expected, there would be some bumps over the rules laid down by IATF IED. Under the special powers law, the National Government prevails in any conflict with LGUs, IATF and the office of the president "call the shots," Duterte had said.