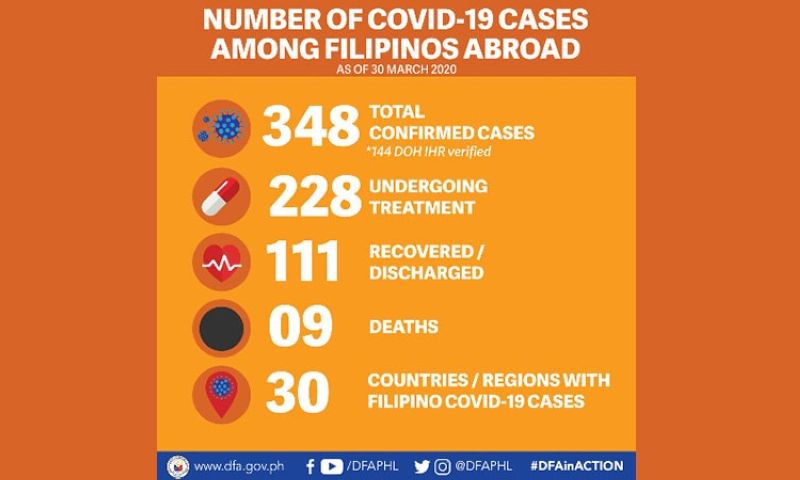 A TOTAL of 348 Filipinos in 30 countries around the world have contracted the novel coronavirus, the Department of Foreign Affairs (DFA) reported Monday, March 30.

In Asia Pacific, 174 Filipinos in eight countries have tested positive for Covid-19, the disease caused by the new virus.

Forty-eight cases were reported in eight countries in Middle East and Africa.

Twenty-nine positive cases in two countries have also been reported in the Americas.