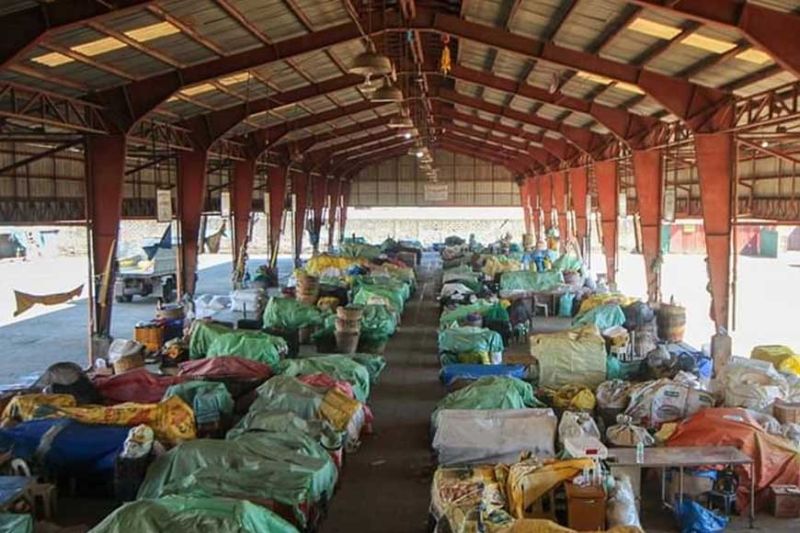 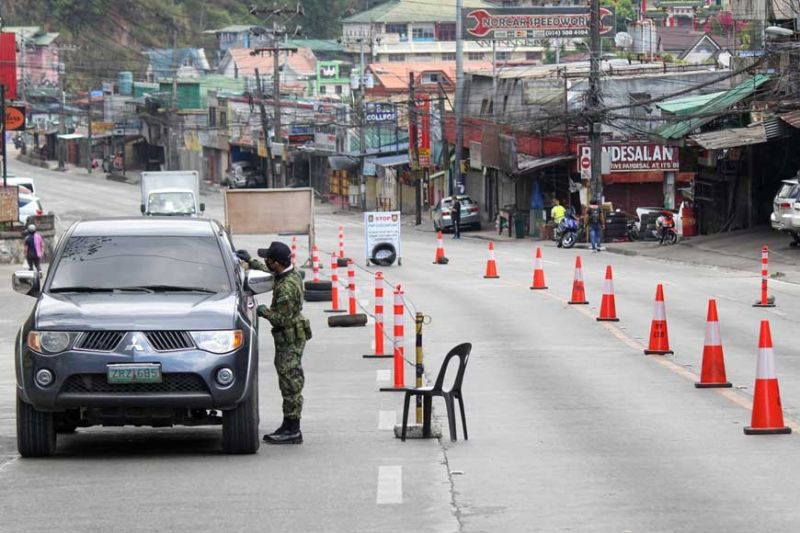 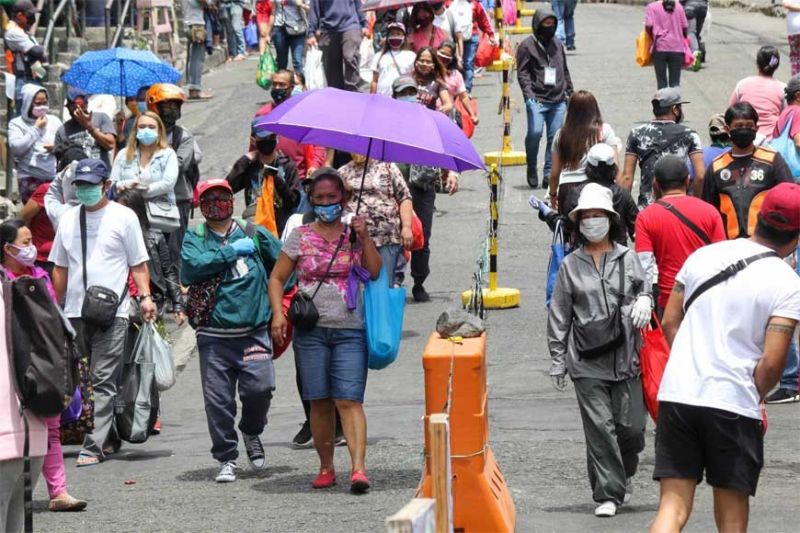 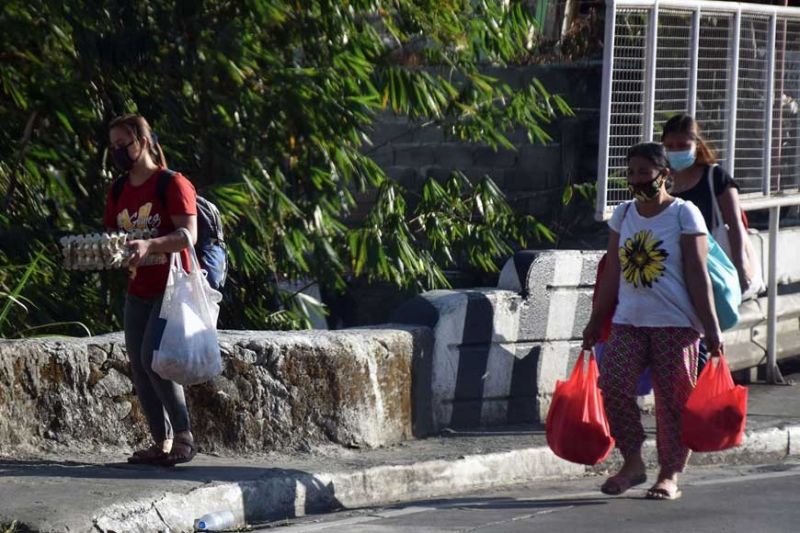 BAGUIO. In the midst of the implementation of the enhanced community quarantine in Luzon, most residents in Baguio City walk from their homes to the public market to buy food and necessities as not everyone can be accommodated by vehicles provided by the different barangays. (Redjie Melvic Cawis)

Officials of La Trinidad and Kabayan towns on March 29 adapted an extreme enhanced community quarantine (EECQ) as the number of Covid-19 cases in the Cordillera region increased.

Kabayan Mayor Faustino Aquisan said there is a need to maximize protection and mitigation measures by limiting the interaction of the stakeholders within and outside the town.

The municipality will be placed under extreme ECQ starting 6 p.m. of Tuesday, March 31, until April 13, 6 p.m., and backed by municipal legislators.

To stop transmission of the virus, barricades were installed at Aponan, Adaoay and Bana-aom Ballay points with a no entry and exit policy in any point in the town except for medical emergencies.

In La Trinidad, with two confirmed cases of Covid-19, initial contact tracing by the municipal health personnel is set in coordination with the Criminal Investigation and Detection Group (CIDG) and other law enforcement agencies.

On the 12th day of the ECQ in Luzon, the Department of Health in Cordillera issued regional updates laboratory-confirmed cases were found in Barangays Poblacion and Puguis in La Trinidad.

Mayor Romeo Salda put the town under extreme ECQ on March 30 and 31, suspending administrative work for the municipality and barangay except for a skeletal workforce dedicated to contact tracing missions and disinfection efforts.

Operation of the La Trinidad Vegetable Trading Post was likewise suspended for two days for disinfection as the possibility of contact with the confirmed positive patients may be traced at area.

Under the Salda order, all barangay and provincial roads are set to be closed including alternate routes, while only officials attending the provincial Inter-agency Task Force meetings exempted.

Only vehicles with vegetables and food lane passes issued by the Department of Agriculture are allowed to traverse the national road.

During the EECQ in both towns, there will also be no travel passes to be issued.