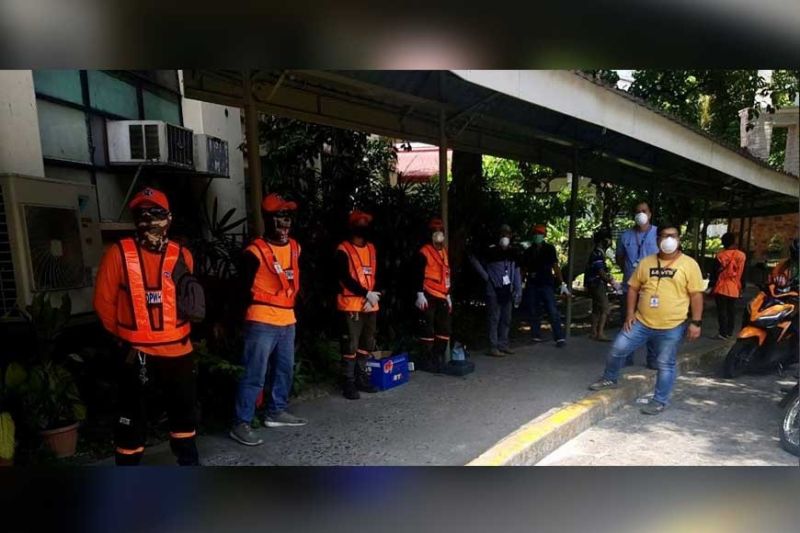 MANILA. Personnel of the DPWH on standby to assist in the set up of the Covid-19 ward at UP-PGH. (Contributed photo)

SKILLED workers of the Deparment of Public Works and Highways (DPWH) reinforced in-house laborers of the Philippine General Hospital (PGH) in the preparation of four (Covid-19) wards.

Following his inspection at Manila's biggest government hospital facility under the University of the Philippines-Manila, Underscretary Emil K. Sadain reported to Secretary Mark A. Villar that DPWH National Capital Region (NCR) director Ador G. Canlas has immediately sent a team of construction workers and electricians to fix electrical and ventilation of UP-PGH identified space which will be utilized by covid patients.

The designated Covid-19 ward will be distant from the hospital's other non-Covid-19 patients.

With a few days to prepare before its operation as one of the designated Covid-19 referral center in the NCR by the Department of Health, Villar initiated the sending of technical personnel led by Undersecretary Sadain to assess whatever is needed by UP-PGH.

Sadain said that DPWH and PGH workers will be making a push to fix everything including the installations of new available window fans on the dedicated ward rooms that will treat people affected by the pandemic.