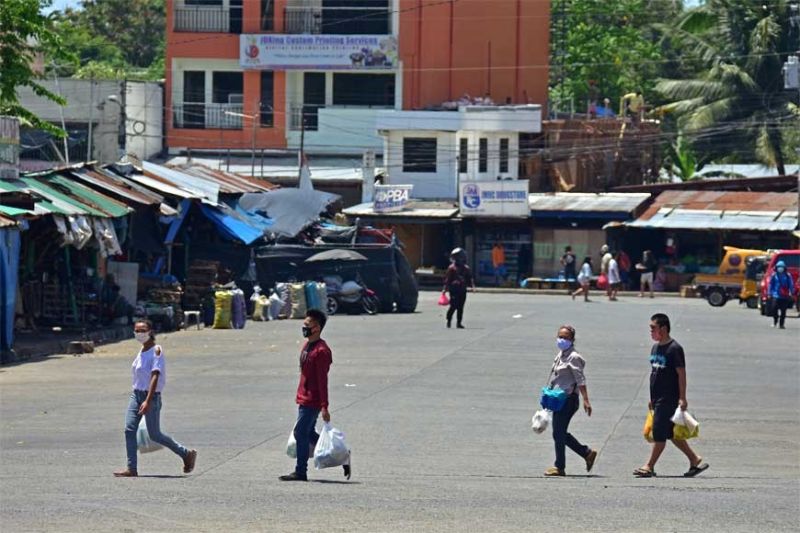 DAVAO City Mayor Sara Duterte-Carpio clarified that the City Government is still looking into the possibility of placing the city under enhanced community quarantine (ECQ).

This, despite, the City Government issuing guidelines in the distribution of quarantine passes or as the city government would name it, the Davao City food and medicine (FM) pass.

She said they are already preparing for the FM passes, in case the city will declare the ECQ.

Initially, some barangays in the city had started distributing quarantine passes in their respective barangays to limit the people going out to buy necessary items such as food and medicine.

But the mayor suspended its distribution after noticing inconsistencies in its implementation.

Duterte-Carpio, immediately, said they will impose a unified pass, which they renamed to FM pass.

The FM passes, however, would exempt individuals who would be going outside due to "emergency situations" including rushing a patient to the hospital.

Based on the issued guidelines by the local government, the team leaders, who are the City Councilors, will deliver the FM passes to their respective districts through the barangay captains.

While the barangay captains will deliver the FM passes to the purok leaders, and the latter will distribute the passes to their constituents.

The local government noted that the delivery of passes should be house-to-house, if possible. In case it will be impossible, purok leaders can devise their own method of the distribution, provided that physical distancing of two meters will be strictly observed.

Residents within subdivisions and associations can get their FM passes through the purok leaders. They can also conduct their own distribution scheme, still following the social distancing.

Persons who may receive one FM pass are the following: a boarder or renter; single-family household; and one roof or one household with many families inside (multi-family household).

Duterte-Carpio said one FM pass can only be used by two persons, and can be utilized provided with a valid ID and other documents, such as company IDs, passports, and other government-issued IDs.

She added it is not for sale, non-transferable, and cannot be replaced by a photocopy or through picture.

The mayor said FM passes will only be applicable once the city will impose an ECQ.

Duterte-Carpio said earlier that they notify the public when the time comes for its implementation. She also said they will give them time to prepare.

"There will be an ECQ that will be properly announced when," she said, adding the public should not panic when the announcement will be made.

She added that prior to the ECQ, all barangays in the city will be given enough ration goods since all workers will be affected once it will be implemented.