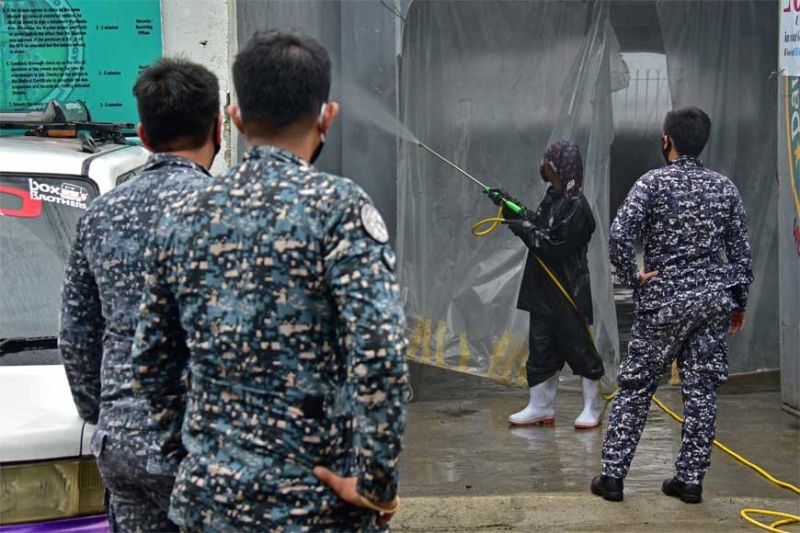 DAVAO City Mayor Sara Duterte-Carpio confirmed that based on the recent data issued by the Department of Health (DOH), there is already a local transmission of the coronavirus disease (Covid-19) in the city.

"For the record, ang ingon sa doctor sa akoa is that duna nay natakdan nga wala'y travel history (The doctor told me one has contracted the disease without a travel history)," Duterte-Carpio announced on March 30, Monday, in a radio interview on 87.5 FM Davao City Disaster Radio.

In response, the mayor issued Executive Order 22 on Monday morning, extending the suspension of the domestic air travel to and from Davao City until the state of public health emergency and state of calamity has been lifted. It is effective April 1.

She added it might be withdrawn upon the recommendation of the epidemiologist and infectious disease specialists.

At present, she said the city is continuously conducting contact tracing on individuals who went to the New Matina Davao Gallera from March 6 to March 13, after one patient who was critically ill revealed that he was there before he was admitted at the Southern Philippines Medical Center (SPMC).

The City Government urged those who went to Davao Gallera to strictly follow the 14-day quarantine between March 13 to 27. Their family, friends, co-workers, and close contacts should also undergo self-isolation.

They were immediately instructed to go to Sta. Ana Health Center or Crossing Bayabas Health Center in Toril to determine if they are experiencing colds, cough, fever, diarrhea or sore throat, which are linked symptoms to Covid-19.

The mayor earlier said that prior to the first two confirmed Covid-positive patients in the city on March 21, she already underscored that the virus has already entered the city premises.

"Since day one na ko nagaingon nga naa gyud ta'y positive (I already mentioned, since day one, that we already have Covid-19 positive individuals here). It's just a matter of tracing them," she said.

The public, she added, should turn away their focus on the current figures of individuals who are classified under persons under monitoring (PUMs), patients under investigation (PUIs), and Covid-19 positive, since it is expected to surge in the following days.

"Ayaw na mo pag focus ana (on the data) because ingon sa mga doctor, naa na gyud na sa communities (Do not focus on the data because the doctors themselves already said that the virus has already infected our communities)," Duterte-Carpio said.

She advised to double their precautionary measures to prevent the spread of the virus. These include staying at home and do self-isolation, following the social distancing of two meters when going outside, frequent handwashing of soap and water, and wearing appropriate face masks when going outside.

Duterte-Carpio said they are still weighing the possibility of imposing enhanced community quarantine, depending on the situation on the ground.

While the mayor said they are already preparing for the possibility, she hopes the city would not result to that level, as it would gravely affect all business establishments.

Thus, she hopes the public's cooperation in strictly cooperating with the government's mandate if they want to end the quarantine by the end of April.