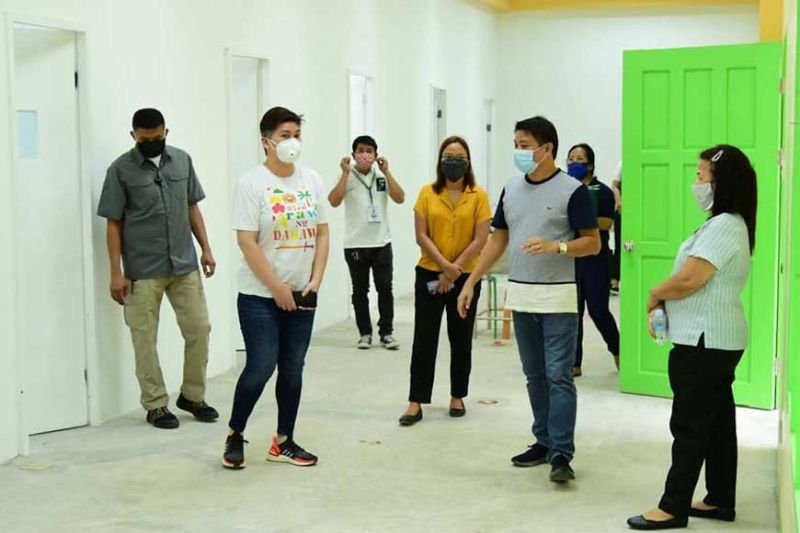 DAVAO City Mayor Sara Duterte-Carpio confirmed that 19 out of the 22 patients under investigation (PUIs), who were admitted at the Malagos Rehabilitation Center, tested negative from the coronavirus disease (Covid-19).

The Malagos Rehabilitation Center, which can cater up to 28 patients, is one of the designated PUI centers that will shelter PUIs showing mild symptoms of the virus.

Other centers include the Boy Scouts of the Philippines sites in Malagos and the Alternative Learning (ALS) Building in downtown Davao City.

Other private lodges such as La Vida Inn and Queensland Hotel are already being prepared as another alternative PUI center in case the initial centers identified will be congested.

The mayor said Southern Philippines Medical Center (SPMC) officials are now categorizing the deployment of PUI patients, which she did not emphasize.

But she said there will be patients who will be quarantined in the ALS and La Vida starting March 30.

Duterte-Carpio previously said that the centers were identified to transfer PUIs initially admitted to SPMC, depending on the recommendation of the doctors.

This is to decongest SPMC, which is the only hospital in the city allowed to cater to patients who are PUIs or who have tested positive for Covid-19.

The mayor already asked private hospitals to admit indigent patients who would no longer be catered to by SPMC.

Meanwhile, Duterte-Carpio said the City continues to scout more PUI centers in case there would be an increase of confirmed Covid-19 patients in the city.

She said they are targeting to have at least six to seven PUI centers in the city.

At present, she said the city was not able to convince two lodging house establishments to temporary utilize their rooms as quarantine facilities.

"Ang isa kay nag-refuse, samtang ang isa is not ready (One establishment refused, while the other one said they are not ready)," Duterte-Carpio said.

But she said they are currently negotiating another establishment, which they would immediately inspect and prepare once the owner approves to utilize it.