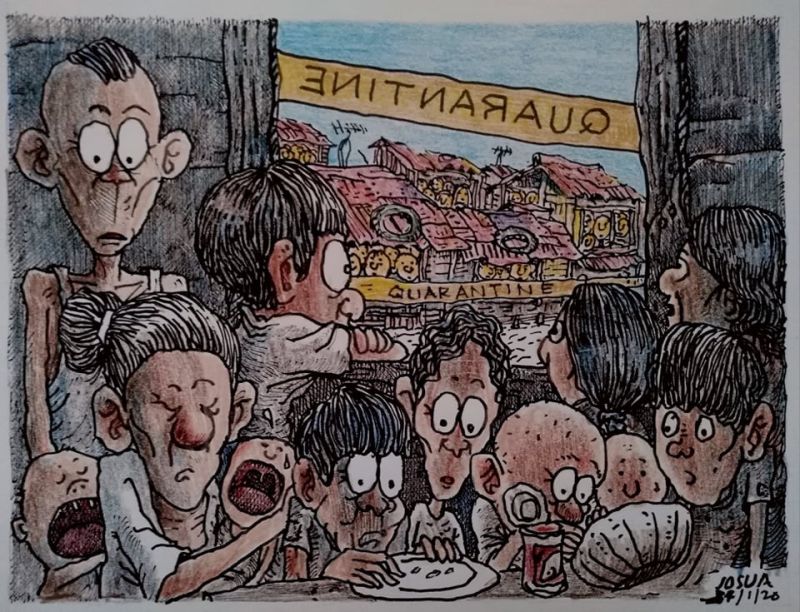 THE word “quarantine” takes roots from the period of Black Death, the bubonic plague, in mid-14th century Europe. Initially termed “trentina,” it was one of those random measures in Europe’s attempt to stall the plague that wiped out a third of her population. It required arriving ships an isolation period of 30 days. Later, officials extended the period to 40 days, and thus quarantine.

“To put into quarantine” means to isolate the sick from the populace with the hope of containing a communicable disease. Before the concept found its way into law though, it was ancient cultural practice to part the sick from the well.

It takes a different turn in the time of the coronavirus disease (Covid-19), when the idea of “home quarantine” came about. It’s our modern-day version, letting people stay home to reduce chances of being infected or of infecting others if one is an unwitting carrier. To flatten the curve in a pandemic, so to speak; to delay the spread to protect the health care system from burning.

Cebu had picked the path of quarantine among a multitude of options in the fight against Covid-19. For the nonce, one can say, while we still brace for an expanded testing capacity. The suspension of work and some work-from-home scheme had practically rid the metro’s roads of their usual density.

However, easy to miss in this zeal over quarantine is the state of the city’s urban poor communities. What is happening to these communities is actually the opposite of a quarantine—the absence of isolation. The containment wedged the poor into their cramped spaces, and you can just imagine how terrible an outbreak would be in a situation like that.

We have the cities of Cebu, Mandaue, Lapu-Lapu and Talisay with a good number of urban poor communities. They have the most vulnerable communities in this time of the crisis.

Which brings us to our questions: Have these communities been part of all the planning in the institution of anti-Covid-19 measures? How does government intend to protect the urban poor? Do the village officials have the capacity to manage their communities in the event of a local outbreak?

When our testing capacity expands this week, shouldn’t it be necessary to do random tests in these communities? Shouldn’t there be double, triple precaution for the vulnerable urban poor?