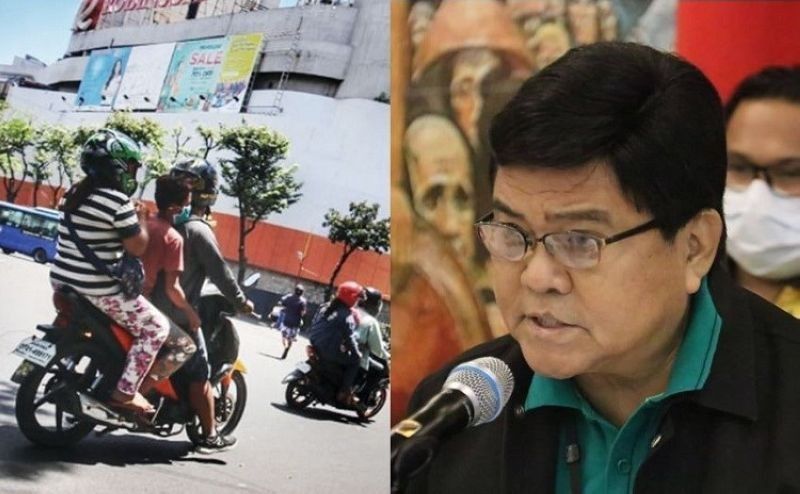 THE Department of Transportation (DOTr) has denied the request of Cebu City Mayor Edgardo Labella to reconsider its “no backrider” policy and allow family members to ride in the passenger seat of motorcycles.

In his letter issued on March 27, 2020, DOTr Assistant Secretary for Road Transport and Infrastructure Mark Steven Pastor said their agency understands the concerns of Cebu City residents, especially those who travel using motorcycle, but they decided to deny Labella’s request because it violates the protocols of the Inter-Agency Task Force (IATF) for the management of infectious diseases, the Department of Health and other government agencies in the frontline to contain the coronavirus disease 2019 (Covid-19).

The letter was leaked to the media on Tuesday, March 31, after Labella’s office formally received it the day before.

On March 25, Labella wrote to the DOTr to reconsider the “No Backrider Policy” following concerns from constituents.

The DOTr implemented the policy to strictly enforce social distancing in motorcycles.

Pastor also noted that Department of the Interior and Local Government (DILG) Secretary Eduardo Ano has prohibited the use of tricycles to transport health workers and other frontliners.

Section 4 (g) of Republic Act 11469, or the Bayanihan to Heal as One Act, ensures that all local government units are acting within the letter and spirit of all rules, regulations and directives issued by the National Government. (HBL / JKV)