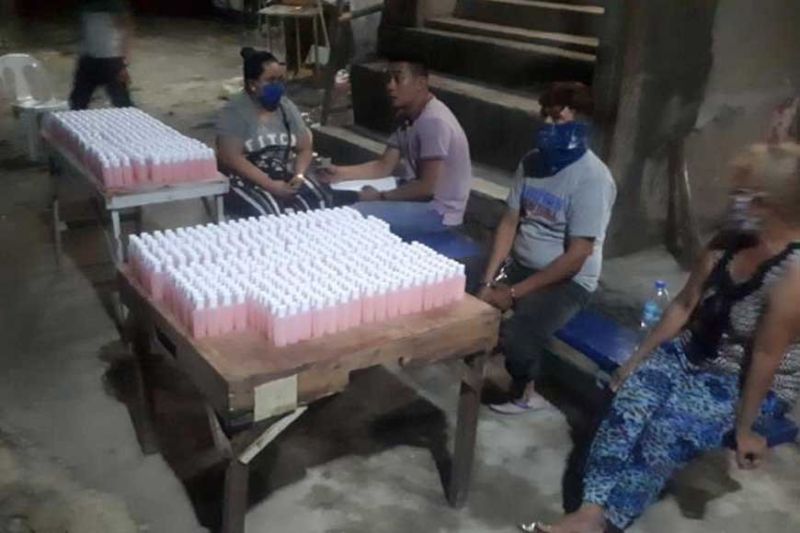 The suspects were arrested along Aurora Street, Barangay 36-D, Davao City after an operative of Racu Davao posed as a buyer of 30 gallons of 4000 mL 70% Solution Ethyl Alcohol amounting to P720 each and 50 pieces of face mask worth P260 each, with a total amount of P34,600 in exchange of the prepared buy-bust money.

Also confiscated from their possession is a unit of Multicab bearing plate number MEF 655 with ignition key loaded with 78 gallons of 4000 mL 70% Solution Ethyl Alcohol and one unit of Vivo Cellphone color black.

The purchased, recovered and confiscated galloons of alcohol and face masks have an estimated market value of P90,760.

The suspects are currently in the custody of Sta. Ana Police Station for filing a complaint.

Authorities reiterated their warning to the public who will take advantage of the current crisis that they will be facing charges if evidence warrants.