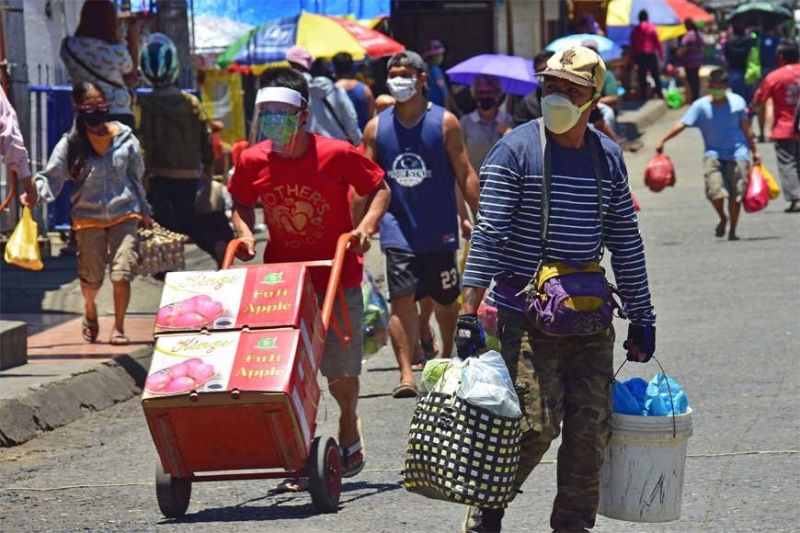 AFTER officially declaring that there is already a local transmission in Davao City, Mayor Sara Duterte-Carpio said the current community quarantine set-up is not enough to prevent the further spread of the coronavirus disease (Covid-19).

The mayor recently said placing the entire city under enhanced community quarantine (ECQ) is now being considered after 41 patients have been found out to be Covid-19-positive, as of March 30.

Four of the patients have already recovered, while six have reportedly succumbed to the disease.

Initially, Duterte-Carpio said she was hesitant in placing the entire city under ECQ, as it would have an economic effect not just in the city but also in its neighboring areas.

"Sa sugod pa lang, sige nako og handom nga dili ta muabot sa enhanced community quarantine, kanang mapasunod lang nato ang mga tao, mapatuman lang ang mga tao, pero wala. Dili satisfied ang mga doctor sa ilang nakita (From the very start, I was already expecting that we will not reach to the point of imposing an ECQ, for as long we would let the people comply with the strict health mandates. But based on the doctors' observation, they are dissatisfied)," the mayor said.

Among the weak compliance measures that were observed, according to her, include people are still seen walking along the streets, doing unnecessary travels; people are seen non-compliant with the social distancing, especially on wet markets; and some individuals are not wearing appropriate face masks.

The mayor stressed that the public should be worried with the rapid transmission of the virus, since it already had reached city-level.

She added it would take days before the test results would be revealed.

She said the city is now preparing for the implementation of ECQ.

The mayor said the local government is now conditioning the people not to panic when the ECQ is implemented. She said this is the reason why the city already started distributing relief goods to all indigent and out-of-work residents in all 182 city barangays.

Another measure in preparation for the ECQ is the free bus rides for vital workers from both public and private sector, as there is a possibility that all mass transportation will be suspended once the city will be placed under ECQ.

"Paniguruhon nato nga dili sila mag-panic... and maplastar nato on the ground ang mga pangihanglanon nato to implement the ECQ (We need to ensure that the Dabawenyos will not panic... and to prepare all the necessities on the ground before implementing the ECQ)," Duterte-Carpio said, adding that people might result in panic-buying once the timeframe for the ECQ will be announced, which would further risk to virus transmission.

The mayor said once ECQ will be implemented, movement will be strictly regulated, as there will be thorough checkpoints from the barangays to the city checkpoints.

It will then be extended if Covid-19 cases continue to increase, provided that it is approved by the health experts.

The least extension, the mayor said, will be until April 26.

After that, the ECQ will then be reverted to community quarantine if the virus transmission weakens.

"Because we are hoping that people will stay at home and no other people will come out so we can try and track the cases that we are trying to find now, and track the contacts and be able to bring them in and have them either hospitalized or quarantined," Tabada said.

She said their contract tracing efforts have not yet reached half of their expected turnout.

She added the current quarantine level adds up to their burden of tracing the individuals exposed to the virus.

Meanwhile, Duterte-Carpio clarified that the city is still not under ECQ.

She emphasized that the City Government will give Dabawenyos ample time to prepare as the declaration will be made through an executive order.