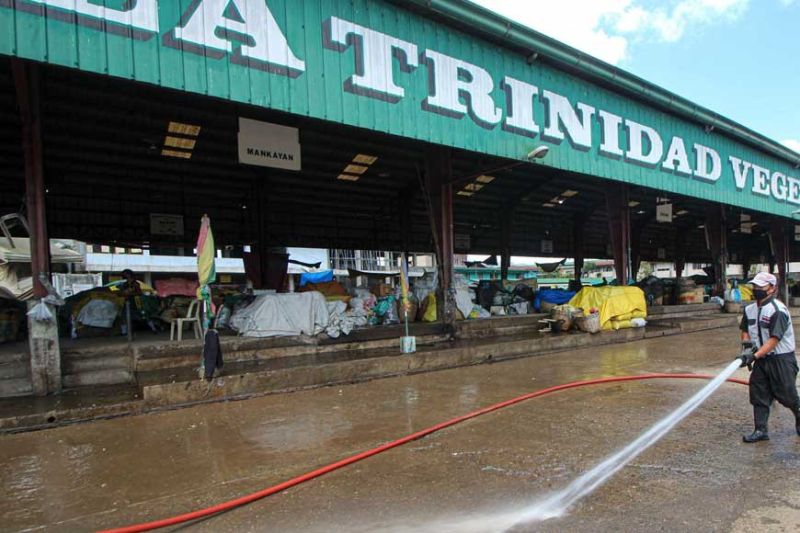 THE DEPARTMENT of Health (DOH)-Cordillera is looking at an extended implementation of the Luzon-wide enhanced community quarantine (ECQ) in the region for another month after April 14.

Doctor Amelita Pangilinan, DOH–CAR director, explained the extension would give the regional health department the opportunity to conduct the necessary action to prevent local transmission here.

“I agree to an extension of the lockdown because it is only now that we see an increase in cases because of the availability of the tests, so let’s look at this maybe for another month so that we would have two incubation periods where we will be able to cut the transmission,” Pangilinan said.

Doctor Rowena Galpo, Baguio City Health Services Office (CHSO) head, also agreed with the extension of the lockdown as this would give control to city officials on the movement and number of individuals in the city.

“Coming from the health sector, of course I am in favor of extending the lockdown in the city of Baguio but this would depend with our authorities who will actually balance the situation and on what would be best for our city because as of now, we are just beginning to increase in cases and we are expecting that our confirmed cases will increase. The only implication that I see once we ease out the lockdown is the increase of people going to Baguio City which we will not be able to control,” Galpo stated.

Baguio City Mayor Benjamin Magalong earlier forecasted a maximum of three months before effects of Covid 19 in the city subsides.

As of its March 31, the Cordillera region recorded 16 confirmed cases with Baguio City having 12 while Benguet and Abra with two cases each.

“We also have 693 persons under investigation (PUI), 85 of which are still admitted, 292 are under home quarantine, and 313 were discharged based on our provincial and city reporting units. Four deaths were recorded by DOH-CAR with three of this having a negative test. The Cordillera region is the only region which practices presumptive positive cases while awaiting confirmatory testing from the Research Institute for Tropical Medicine (RITM). PUI’s are considered as positive presumptive cases and are awaiting test results,” the regional health director stated.

Presumptive positive cases are tested at the sub-national laboratory particularly at the Baguio General Hospital and Medical Center (BGHMC).

“Except for the provinces in the region, persons under monitoring (PUM) are no longer recorded by the regional health office as this varies on a daily basis, while the basis for PUI’s is from a client information form,” Pangilinan added.