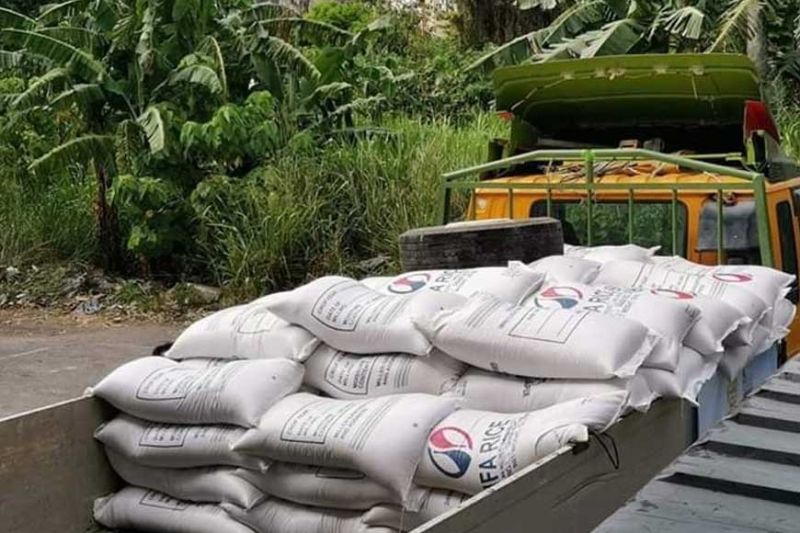 BACOLOD. Some of the government rice procured from the National Food Authority - Negros Occidental and are given as subsidy to local government units due to Covid-19 crisis. (Contributed Photo)

THE National Food Authority (NFA) in Negros Occidental has fully released about P63 million worth of rice to local government units (LGUS) in the province, its top official said.

Josephine Venus Dasal-Castillo, provincial manager of NFA-Negros Occidental, told SunStar Bacolod that the amount accounts for about 50,500 bags of rice given as subsidy amid the ongoing coronavirus disease (Covid-19) pandemic.

Of the volume, 24,800 bags worth P31 million were purchased by the Provincial Government of Negros Occidental.

These were given to 31 cities and towns with each receiving 800 bags worth P1 million.

The 10,000 bags worth P12.5 million were purchased by the City Government of Bacolod.

The remaining 15,200 bags account for those purchased separately by some LGUs on top of their allocation from the provincial government.

Dasal-Castillo said the rice procurement for the 31 cities and municipalities was fully delivered on Monday, March 30 while those for Bacolod City was completely released yesterday, March 31.

Some of the government rice purchased from the NFA were already distributed to identified households in the province affected by the ongoing enhanced community quarantine.

“The NFA is mandated to provide rice stocks to LGUs and government agencies during state of calamity,” she said, adding that “the agency, however, does not have calamity fund thus, it should be purchased by the local government.”

The NFA rice sold at P27 per kilogram in the market is procured by the LGUs at a lesser price of P25 per kilogram.

Dasal-Castillo said 6,000 bags of the remaining request are already transferred to the province while the shipment of about 44,000 bags as balance is still ongoing.

The provincial manager assured that government rice given to households in the province during this health crisis is of good quality.

It can be recalled that in February 2019, President Rodrigo Duterte signed Republic Act 11203, which lifted import restrictions on rice to make the price of the staple commodity affordable for all.

Effective March 5 of the same year, the Rice Import and Export Liberalization Law has removed the regulatory functions of the NFA over international and domestic trading of rice.

NFA-Negros Occidental, like other provincial offices, can no longer act on licensing and registration of persons and entities engaged in the grains business, and collection of regulatory fees.

Other functions stripped from the agency included issuance of negotiable warehouse receipts, warehouse inspection, and authority to seize hoarded stocks, and enforce rules and regulations in the grains business.

The agency’s concentration is now on palay (unhusked rice) procurement for buffer stocking to be used especially during calamities.

“These rice stocks are from palay procured by the agency from local farmers since last year so we can assure the public of its good quality,” she said, adding that they started milling the palay just in August to December last year.