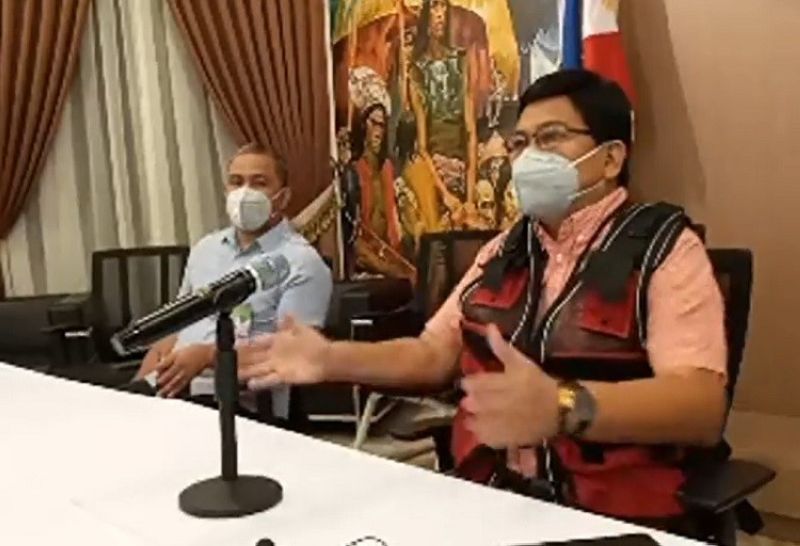 ALL the people in Cebu City, residents and non-residents alike, are required to wear protective masks when they are in public places within the jurisdiction of the city to prevent or reduce the spread of the coronavirus disease.

This was the latest order issued by Mayor Edgardo Labella on Wednesday, April 1, 2020.

In Labella’s Executive Order (EO) 66, the areas considered as public places include all places, fixed or mobile, that are accessible or open to the public; or places for collective use, regardless of ownership or right to access, including but not limited to schools, work places, government offices and facilities, establishments that provide food and drinks, accommodation, merchandise, professional services, entertainment and other services.

The new EO, however, does not give any person in Cebu City license to form a large crowd for any reason as the enhanced community quarantine (ECQ) is still in effect. Labella placed Cebu City under ECQ by issuing EO 64 effective 12 noon of March 28 until 12 noon of April 28.

Public utility or common utility vehicles are also covered under EO 66. These are buses and minibuses offering free rides, shuttles and vans that ferry individuals and employees.

EO 66 further states that public and private establishments are mandated to prohibit and refuse the entry of persons who are not wearing masks.

The order stipulates a fine of not less than P20,000 but not more than P50,000 or not less than one month but not more than six months of imprisonment, or both depending on the decision of the court as provided under Section 10 of Republic Act 11332 (the Mandatory Reporting of Notifiable Diseases and Health Events of Public Health Concern Act).

The order mandates the Philippine National Police to go after the violators.

In a related development, the medical and food industry workers from Talisay City can now go back to their homes after their work in

Garcia’s original order did not exempt employees in grocery stores and supermarkets. However, the governor issued EO 5-O-1 providing additional exemptions under Section 15 of her EO 5-O that provided the guidelines in the implementation of the Enhanced Community Quarantine (ECQ) for the whole Province of Cebu.

According to Section 15 of EO 5-O, once Cebu Province closed its borders with Cebu City starting March 30, no persons would be allowed entry into the territorial jurisdiction of the Province as defined by the borders of the City of Mandaue in the North, the City of Talisay in the South, the Municipality of Balamban in the West, and the Municipality of Cordova on Mactan Island, unless they were local government officials, employees of the Provincial government, media personnel, hospital workers, field personnel of utilities, and bank employees, among other exempted persons.

Food workers were not included among the exemptions.

Under EO 5-O-1, now also exempted from the prohibition on entry to Cebu Province are personnel working in grocery stores and supermarkets; drugstores and pharmacies; restaurants, bakeries, fast food chains and pizza chains; funeral services that include funeral parlor employees, immediate family of the deceased, officiating priests and other religious ministers. There should be only 10 persons in the funeral service, excluding direct family members.

Gullas said he felt glad that the governor heeded his request.

Also on Wednesday, April 1, Gullas met his fellow mayors in Cebu’s first legislative district—the cities of Naga and Carcar, and municipalities of Minglanilla, San Fernando and Sibonga. They discussed their best practices and clarified the guidelines in implementing the ECQ. (JJL & JCT)