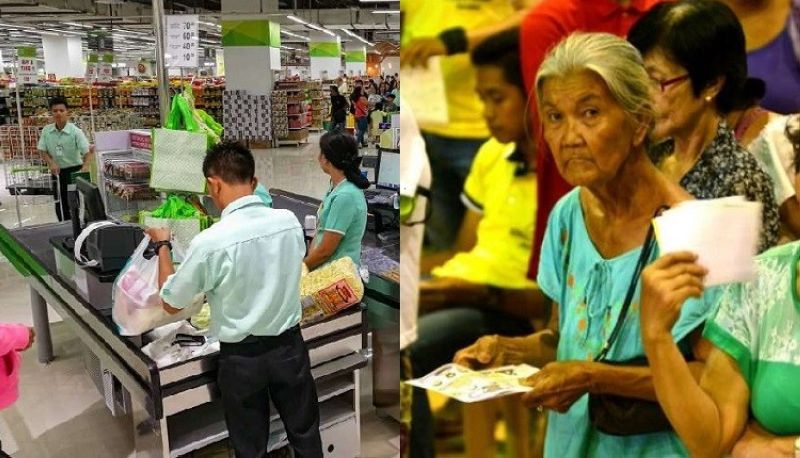 SENIOR citizens living alone or who don’t have company in buying goods should be given priority inside grocery stores or supermarkets, a top official of the Department of Trade and Industry (DTI) said.

DTI Assistant Secretary Asteria Caberte reiterated the call of Trade Secretary Ramon Lopez to give priority lanes for senior shoppers inside supermarkets, especially during this time of global health crisis.

If possible, retailers are also encouraged by the DTI to dedicate a “Seniors Only” shopping hour, provided also that senior citizens may choose to make their purchases even beyond the designated hour.

“Not all senior citizens have someone to help them buy food and other essential things. Some of them are living alone and have only themselves to look after their own well-being. They don’t have a choice,” Caberte said.

She added that the designated shopping time for this group will enable them to get the items they need in a less crowded environment.

“If they don’t have someone to count on, there should be consideration. As long as the safety measures are in place like personal protective equipment and social distancing are practiced, they should be granted that,” Caberte said.

The elderly people have emerged as one of those vulnerable to Covid-19, a disease caused by the novel coronavirus.

On March 22, 2020, Cebu City Mayor Edgardo Labella issued a stay-at-home order for persons aged 65 and minors to contain the spread of the Covid-19.

Lapu-Lapu City Mayor Junard Chan also took the cue of Gov. Gwendolyn Garcia, who, on March 21, imposed a 24-hour curfew on persons 65 and above.

In a separate interview, Cebu Gov. Gwendolyn Garcia leaves the decision to allow senior citizens to go to groceries and supermarkets to concerned local government units. She said she understands the point of DTI.

Under Memorandum Circular 20-09 or “Pagpapahalaga sa mga Senior Citizens,” all supermarkets, groceries, pharmacies and drug stores and other businesses authorized by the government to continue business operations during the declared state of public health emergency and national state of calamity are to adopt and implement measures whereby senior citizens are given priority in purchasing their needs such as food and medicine provided they follow the physical distancing directive.

This privilege and assistance should be enjoyed by those at least 60 years of age. Establishments are also strongly urged to designate an express lane, aside from the existing Senior Citizens lane, for senior citizens purchasing 25 items or less. (JOB with RTF)