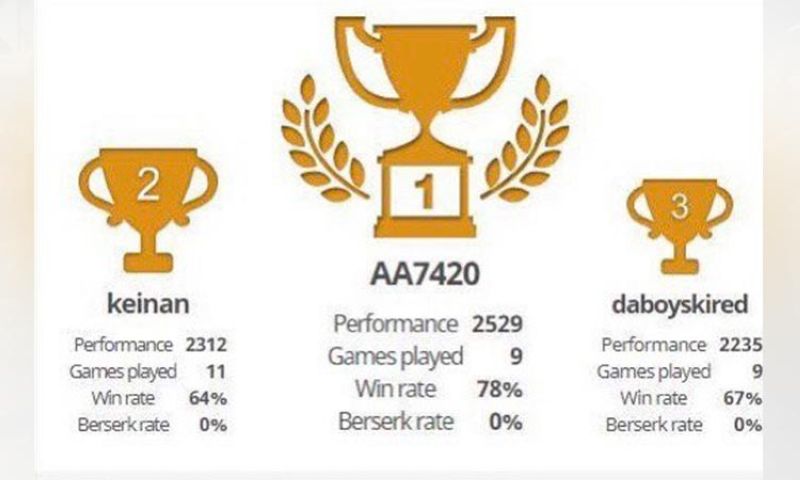 DAVAO. Player AA7420, who recently emerged champion of the Beating the Covid-19 Attack Grand Prix Series, was slapped a two-year ban from all Chess Federation of the Philippines-sanctioned tournaments for allegedly cheating in an online chess tournament.

A PLAYER from Cotabato City was slapped with a two-year ban from all National Chess Federation of the Philippines (NCFP)-sanctioned tournaments for allegedly cheating in an online chess tournament.

"Before we started our online chess tournaments, we made it clear that if you get banned by Lichess or other servers for cheating or using computer assistance, you will also be banned from all NCFP tournaments online or over-the-board for two years," Orbe wrote.

His post, however, was also taken down several hours later.

In a phone interview with SunStar Davao, Orbe said he decided to take down his post as the player was a minor. He said the player's parent also made an appeal.

Orbe also said they need not probe the matter as Lichess, like any other reputable chess service, "know better than we do." He added, "They have the algorithms to ensure whether a player has used computer assistance and resources from computer programs or if the player is cheating."

"Since this player is also a participant in our ongoing Beating the Covid-19 Attack Grand Prix Series, I am also disqualifying him to join our two remaining legs. I would not be mentioning his name but you can go to the NCFP FB page for inquiry," Guevarra posted on his Facebook account.

He said putting minimal prizes for his event was a way to prevent such cheating mechanism in an online chess game.

It is interesting to note that player AA7420 topped the second leg of the Beating the Covid-19 Attack Grand Prix Series, beating Marlowe Cagula (keinan) and John Gerard Acedo (daboyskired), who grabbed the second and third spots, respectively.

Tournament coordinator Ely Acas, in a Facebook interview, said since the tournament is a grand prix series, it has two remaining legs set on April 3 and 5.

Dabawenyo woodpusher Alfred Moulic, who is from Buhangin, commented on Guevarra's post, saying, "Bantug ra sige ko kapildi niya (No wonder I often lose to him)."