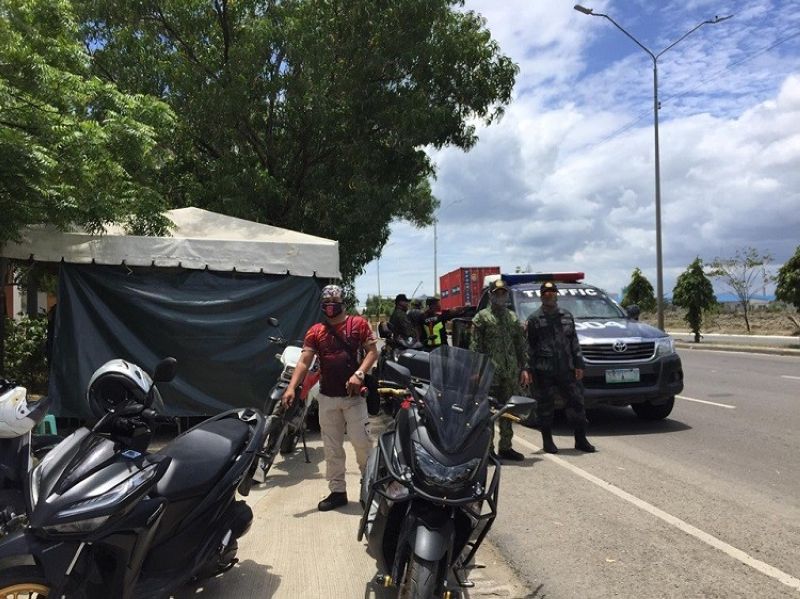 CEBU. Mayor Edgardo Labella, in a press conference on April 1, 2020, allowed village chiefs to issue barangay quarantine passes but it will only be valid within the barangay’s territorial jurisdiction. (Photo by Jerra Librea)

BARANGAY captains may proceed with the distribution of barangay-issued quarantine passes.

This after Cebu City Mayor Edgardo Labella, in a press conference on April 1, 2020, gave village chiefs the green light to issue barangay quarantine passes even if its access is limited within the barangay’s territorial jurisdiction.

When the Cebu City Government first announced the issuance of enhanced community quarantine (ECQ) passes, it printed 250,000 green ECQ passes intended for its current one million residents, including the renters, in 80 barangays.

Before Cebu City was placed under a state of ECQ on March 28, some barangays already issued its own passes, but were stopped after the City declared that only City-issued ECQ passes will be honored by law enforcers.

During the distribution of the green ECQ passes to the 80 barangay captains on March 28, Special Assistant to the Mayor Jose Daluz III informed village chiefs that barangay-issued quarantine passes will only be valid within their respective territorial jurisdictions.

In the same meeting, the village chiefs were told how many ECQ passes their barangays will receive, based on the population of the barangay.

Barangay Guadalupe, which has the highest population in the city with 80,000 recorded population, was given 9,000 ECQ passes.

Guadalupe Barangay Captain Michael Gacasan, who was doing the rounds when SunStar called him for an interview, said he and his councilors were not done yet with the distribution of ECQ passes.

Gacasan admitted that the ECQ passes provided by the City for his barangay were not enough, but said they also need to make people understand that the intention is to limit their mobility.

Gacasan said there are around 30,000 households in Barangay Guadalupe, but they were given only 9,000 ECQ passes.

“We had to explain that there are limited passes. There are some people who don’t understand this and even made fun of us,” said Gacasan in a phone interview.

And now that Labella has announced that barangay-issued quarantine passes will be valid within the barangay’s jurisdiction, Gacasan said they will push through with issuing them.

In Guadalupe, a barangay-issued quarantine pass indicates household members who can use the pass at different times of the day, one person at a time.

He has suggested this method to the City Government.

Inayawan Barangay Captain Kirk Bryan Repollo said he has requested the City for additional ECQ passes, adding that there is a condominium within their jurisdiction which was not included in their house tagging.

As a solution, Repollo said he will continue issuing barangay quarantine passes to cater to those who were not given the green ECQ pass.

City Administrator Floro Casas Jr. said the City will be printing additional green ECQ passes based on the requests of village chiefs.

Casas, though, did not disclose how many passes will be released.

Following the announcement of the mayor that barangay passes will be honored within the barangay’s jurisdiction, Casas said those who did not get green passes can use their barangay passes instead.

Using these barangay passes, residents can buy essential commodities within their area.

“I believe all barangays have sari-sari stores where the residents can buy food and other essentials,” said Casas.

Casas said 80 percent of the 250,000 ECQ passes had already been distributed in the barangays. (JJL, PAC)