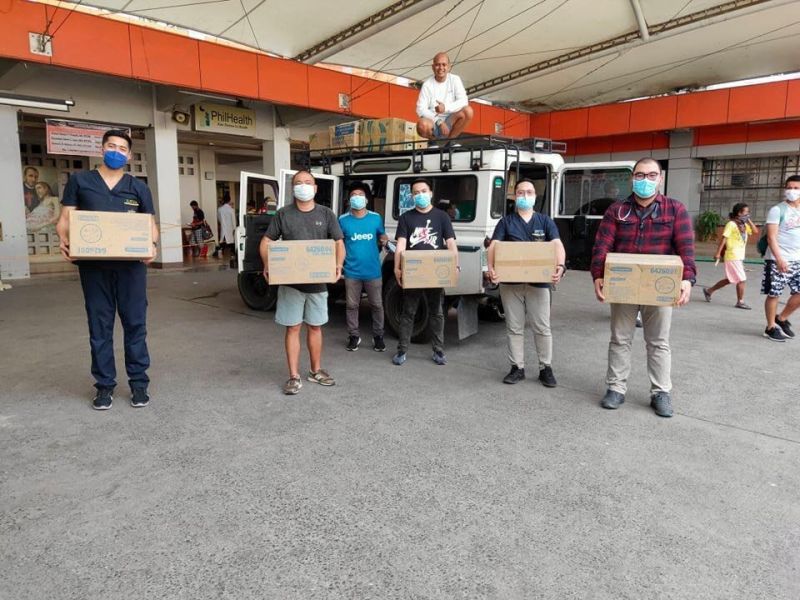 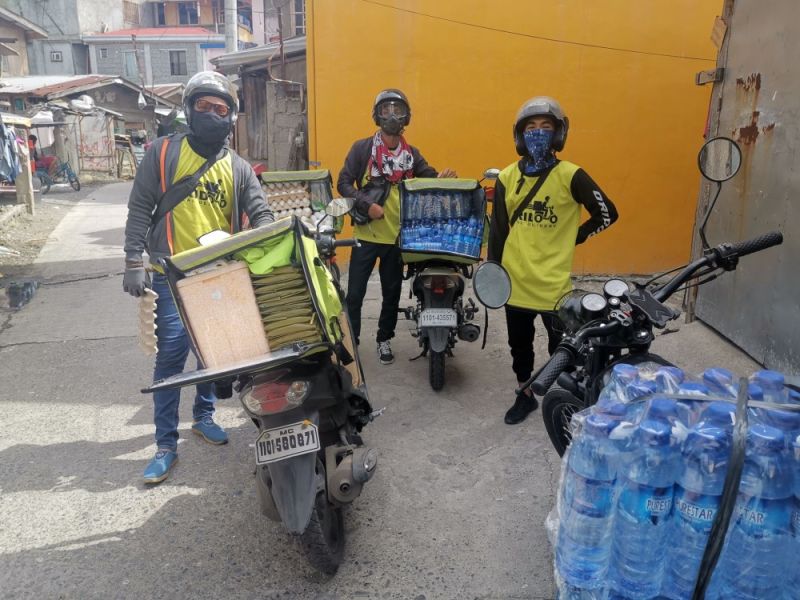 DAVAO. Riders of Oridoo Halal Delivery Service prep up to distribute food and water to security personnel in various checkpoints in the city. (Khalid Gorospe)

A GROUP of small and big business owners and private individuals launched relief operations to both health workers and security personnel in Davao City who served as frontliners in the time of coronavirus disease (Covid-19) pandemic.

As of its 14th day, March 29, the group Generous Davao has raised about P3-million cash, which was used to purchase more than 2,000 personal protective equipment (PPE) suits, more than 2,000 pieces of N95 mask, and 500 sets of closed suction catheters. The items were turned over to the isolation facility of the Southern Philippines Medical Center (SPMC).

Food packs have also been distributed to military personnel at various checkpoints in Davao City.

Henry Tejamo, owner of Ellie's Sukang Tuba and chef, said the group was formed with his friend, Joe Green, to respond to the call of their nurse friends working in the state-run hospital on the scarcity of the PPE.

He said they asked the help of Dr. Rina Baluyot Angeles who also contacted her connections.

He said a kid, who refused to be named, celebrated his birthday by donating 80 packs of food.

Meanwhile, Oridoo Halal Delivery Service suspended their operations for a day to distribute 500 pastil rice, eggs, bottled water and dates to security personnel in all of the checkpoints in the city on Monday, March 30.

"This is how we say thank you to our frontliners. Pagpapasalamat din namin na ang mga delivery service na pinahintulutan ni Mayor Sara [Duterte-Carpio] (It is also our gesture of gratitude for allowing the delivery services to operate during the community quarantine)," Oridoo Halal Delivery Service owner Khalid Gorospe said.

He added that they might organize another round of food distribution to health workers in the Southern Philippines Medical Center (SPMC) after many people have expressed intent to help.